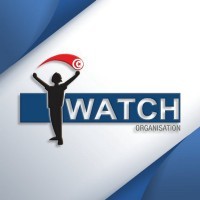 In early 2017, Firas Achour*, a young account manager in the state-owned Tunis transport company, Transtu, faced a prison sentence and serious harassment from his colleagues and supervisors.

Firas had uncovered two key corruption cases within the company. He had found that its time-recording system was being used by many employees to fake overtime and gain extra income. He also discovered irregularities in the procurement process resulting in the multinational, Alstom, winning a contract to supply trams in Tunisia.

Like many Tunisian institutions, Transtu lacks formal complaints channels for cases of corruption. Concerned by the abuse of authority and waste of public money, Firas courageously made his findings public in the Al-Sabah newspaper and on social media.

The Alstom affair resulted in a state legal case against Transtu. Most of Firas’s colleagues turned against him, and in 2016, the company sued him for insulting others on social networks.

With no national whistleblower law at that time to protect him, Firas was given a suspended sentence of 20 months in prison.

A culture of covering up

It’s a situation all too familiar in Tunisia, where people who speak out against corruption are often harshly stigmatised.

Desperate for support, Firas contacted iWatch, Transparency International’s Tunisian chapter, for help in appealing his case. Staff receive frequent reports of smear campaigns against those brave enough to blow the whistle on corruption, so they immediately recognised his story as part of a wider picture.

According to the latest Global Corruption Barometer (GCB) — Middle East and North Africa, which surveyed more than 6,600 people in six nations about their day-to-day experiences of corruption, 44 per cent of citizens think government officials are corrupt. In Tunisia, the figure is 31 per cent — almost a third of all citizens.

Together with documents Firas supplied, the information revealed clear administrative and financial corruption. To stimulate media coverage and win public support for Firas, the ALAC published the information and made two press releases.

In response, the ALAC contacted the National Anti-Corruption Commission. A whistleblower law had been adopted in February 2017, offering whistleblowers protection from retaliation in both the public and private sectors. The commission released a protection order for Firas in March 2019 — which was supposed to protect him from any form of retaliation or attack — and wrote to government officials and Transtu insisting it be honoured.

But in August 2019, Firas was summoned by a police investigation team for questioning about the corruption he had exposed. A case had been filed against him for leading a smear campaign against the company and his colleagues. To defend Firas’s case, the ALAC appointed a lawyer and is providing advocacy and media support.

The case highlights the lack of formal complaints procedures within the transport system and a wider culture among many Tunisian institutions of viewing whistleblowers with contempt, instead of seeing them as a vital defence against corruption.

Despite the 2017 law, there has been a notable increase in the number of smear campaigns against people who speak out.

The ALAC is working hard to challenge this and raise awareness of the law and the key role whistleblowers play in preventing and exposing corruption. Staff are also providing psychological support for people who blow the whistle on corrupt behaviour.

By challenging the system and gaining popular support, Firas’s case is helping shift the public perception of whistleblowing and encouraging others to speak out, even in the face of harassment.

The GCB shows that 59 per cent of Tunisians think ordinary people can make a difference in the fight against corruption. Voicing clear support for the country’s whistleblowers is one way for all Tunisians to help beat the culture of secrecy.

*Name has been changed.

Transparency International’s Advocacy and Legal Advice Centres (ALACs) provide free and confidential legal advice to witnesses and victims of corruption. With more than 100 offices in 58 countries, ALACs provide an accessible, effective way for people to report corrupt and demand action.

Support the work of Transparency International and the anti-corruption movement by donating today. Get in touch to find out more.

During the coronavirus pandemic, we must act together to protect life-saving resources from corruption