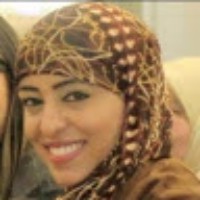 In 2015, Sami Khalidi* was employed as a financial auditor in a Palestinian ministry when his work uncovered extensive embezzlement by officials. The perpetrators had disguised their fraud cleverly, working as individuals and in different networks, rising to a very senior level.

Sami immediately reported his findings to his supervisor, but no action was taken against those behind the web of corruption. Instead, Sami was told to leave his job, under a new law for early retirement — widely used by officials to get rid of unwanted staff.

With no whistleblower protection law to safeguard his position, Sami had no choice but to “retire” — in his 30s and with children to raise.

A familiar pattern of corruption and cover-up

It’s a situation all too familiar across Palestine, where people who speak out against corruption have often paid a high personal price — including stigma, intimidation and job loss.

Sami did not want to stay silent though. He approached Transparency International Palestine (TI Palestine) for help. Staff receive frequent reports of reprisals against people brave enough to blow the whistle on corruption, so they immediately recognised his story as part of a wider picture.

According to the latest Global Corruption Barometer (GCB) — Middle East and North Africa, which surveyed more than 6,600 people in six nations about their day-to-day experiences of corruption, 44 per cent of citizens think government officials are corrupt. In Palestine, the figure is even higher, at 47 per cent — almost half of all citizens.

TI Palestine’s Advocacy and Legal Advice Centre (ALAC) investigated the allegations and contacted government bodies including the cabinet, the ministry concerned and the State Audit and Administrative Control Bureau, asking them to verify the story.

The initial response seemed positive. The cabinet asked the ministry involved to officially investigate the situation, and the minister told the ALAC that he had formed an investigation committee and was pursuing the case with the country’s anti-corruption commission.

Despite early optimism, instead of clearing Sami’s name and shining a spotlight on the embezzlement he’d uncovered, the process led to Sami being arrested for libel. Some of the accused officials had filed a case against him, accusing him of misusing his position, and leading to his imprisonment.

In response, the ALAC informed the Palestinian Attorney General that they were going to go public with the case to win support and help protect Sami if public bodies weren’t protecting him. After three days in jail, he was released and all charges against him were dropped.

Investigations by the anti-corruption commission into the high-level embezzlement in the ministry remain ongoing, but the case has already had a lasting impact on the fight against corruption in Palestine.

Based on Sami’s case and those of many other whistleblowers who have suffered negative consequences, the ALAC advocated with the cabinet and the anti-corruption commission for a national whistleblower protection system. Staff also ran a media and social media campaign, winning strong public support as they raised awareness of the ill-treatment endured by people trying to expose corruption.

As a result, in October 2019, the government adopted the country’s first whistleblower protection system. The system covers both public and private entities, protecting anyone who reports corruption from reprisal or losing their job, and guaranteeing their anonymity where necessary.

TI Palestine hopes the whistleblower protection system will remove the barrier of fear and encourage more citizens to report corruption. The ALAC is now monitoring its implementation carefully to see how well it is enforced.

The protection system comes too late for Sami, but he now has a new job in the private sector and he knows his case has had a lasting impact, helping people to blow the whistle safely. The GCB shows that 51 per cent of Palestinians think they can make a difference in fight against corruption. If the new law is well enforced, that figure will soon be even higher, with more people speaking out and driving positive change.

*Name has been changed.

Support the work of Transparency International and the anti-corruption movement by donating today. Get in touch to find out more.

Being a whistleblower in Portugal

Exposing the truth to save taxpayers’ money

The reckless rhetoric against the Ukrainegate whistleblower