Transparency International Chair José Ugaz visited Ukraine this week and advised the country do more to take down the most corrupt. He also said much more needs to be done to get back the billions of dollars of assets stolen by former President Yanukovych and his cronies.

He and President Petro Poroshenko met and discussed creating effective judicial reform, the launch of the e-declaration system and the recovery of stolen assets. 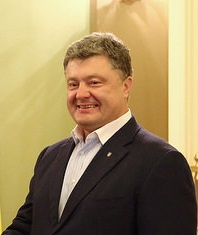 Ugaz cited a Ukrainian at UK Summit saying that the current Ukrainian anti-corruption legislation among the most transparent in the world, but also pointed out the necessity to implement all the legislative changes. He recommended the approach proposed by a Harvard professor, the essence of which is: to demonstrate the effectiveness of the reforms, the authorities need to fry some “big fish” and concentrate on the punishment of elite corrupt officials.

“This will help increase the level of confidence in the authorities, which now leaves a lot to be desired,” Ugaz said. The Prosecutor General of Ukraine in a meeting with Ugaz countered that, the most effective next step for Ukraine would be the termination of institutions which provide corrupt services for “big fish”.

"Capturing elite corrupt officials and other big fish will help increase the level of confidence in the authorities, which now leaves a lot to be desired” - José Ugaz.

During the Kyiv visit, Ugaz also reminded President Poroshenko that no one is above the law and that even leaders can be imprisoned. “I was appointed by (former Peruvian President Alberto) Fujimori, and Fujimori is now convicted to 25 years of prison,” Ugaz said, according to the Kyiv Post.

“People do not feel the effectiveness of reforms until the culture of impunity no longer exists, and one of the key symbols of this culture is the inefficient investigation into the crimes of the former President,” Ugaz said. He proposed the government take a close look at Guatemala’s experience implementing an international criminal court martial which fought against the impunity of top public officials.

In a region where only one country scores over 50 out of 100 and all other countries score 45 or less out of 100 on the index, there has been very little progress in combatting…

Across the world, Transparency International chapters work hard to help the public become involved and engaged in the fight against corruption.

Anti-corruption day around the world

This Sunday, 9 December, our movement and activists from around the world will celebrate International Anti-Corruption Day and show that together, corruption can be defeated.