Transparency International’s chapter in South Africa, Corruption Watch, has been advocating the government address corruption at the highest level. The new report on state capture – a term used to describe a government that is run by vested interests and not for the people – shows how South Africa’s leadership is compromised.

The report was compiled by Advocate Thuli Madonsela, the outgoing South African Public Protector, who won Transparency International’s Integrity Award in 2014. People are in the streets calling for President Jacob Zuma to resign.

The report raises worrying questions about whether President Jacob Zuma’s links to the controversial Gupta family empire have compromised the running of the state. One of the outcomes was the instruction by Madonsela that President Zuma appoint a judicial commission of inquiry into state capture within 30 days.

The release of the report yesterday followed a surprise move by Zuma and his lawyers earlier to withdrew his court bid to prevent the report from being published.

The report states that Zuma is not to choose the commissioner – that task falls to the chief justice of South Africa Mogoeng Mogoeng but will this be enough to quell the calls for his resignation?

Does the report already contain enough information to compromise the president? For the people on the street, this is the latest is a line of corruption scandals that have already tainted the president.

At the heart of the report is an investigation into the involvement of the Gupta family in the removal and appointment of government ministers and directors of state-owned companies, resulting in improper and possibly corrupt awarding of state contracts to the Guptas.

Madonsela is “concerned” about the Guptas’ involvement in, among other incidents, the abrupt removal of the respected Nhlanhla Nene as finance minister in December 2015, which caused the economy to nosedive and sparked outrage across the country. 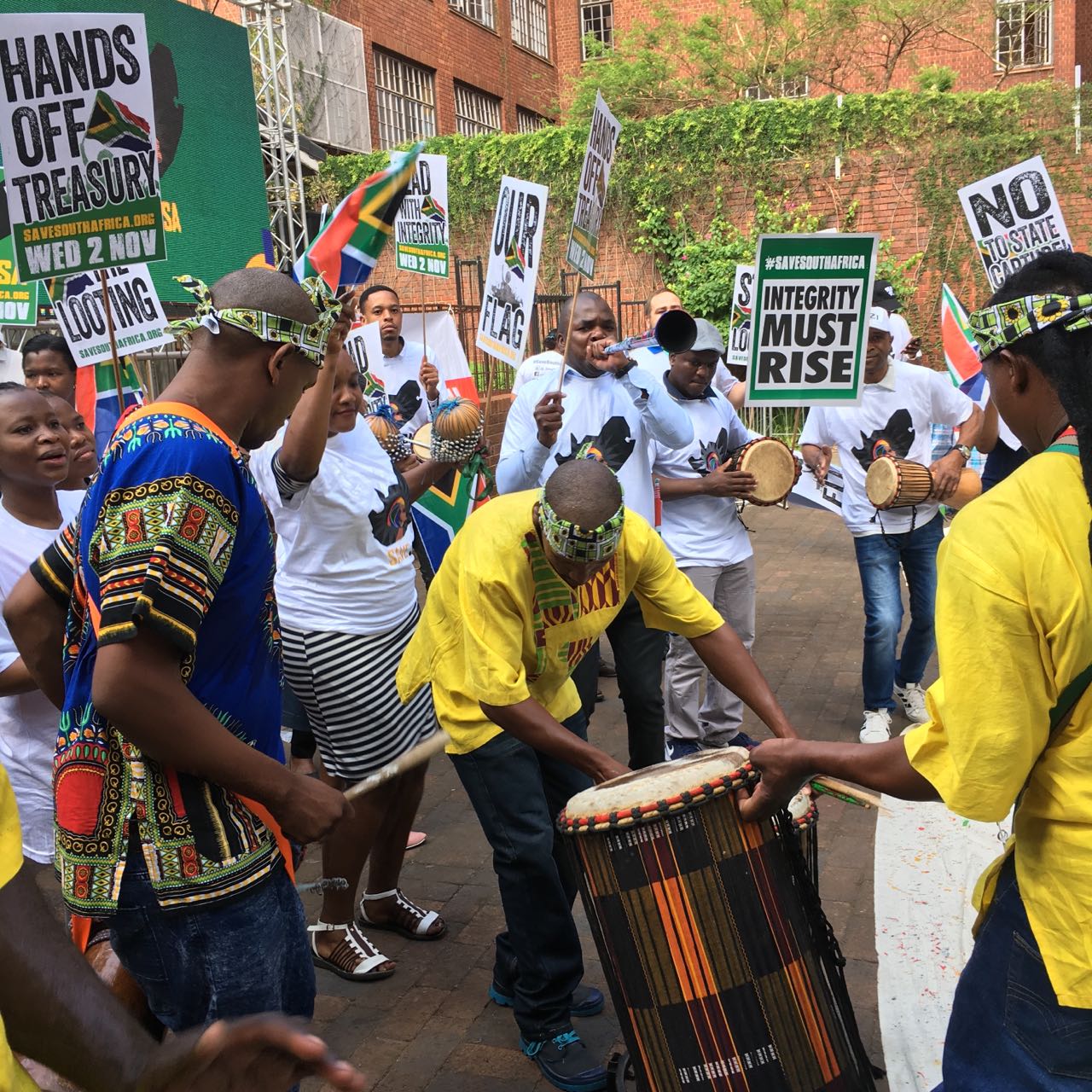 The report described the “worrying” possibility that the Gupta family extended favours to Nene’s replacement and Zuma ally, Des van Rooyen, in exchange for Van Rooyen extending favours to the Guptas. In a shock move following the outcry and pressure from business and civil society, Zuma recalled Van Rooyen after only a few days on the job and replaced him with the highly respected former finance minister Pravin Gordhan.

Gordhan has faced hostility from police and state prosecutors ever since, culminating in him being charged with fraud earlier this month. There was wide public suspicion that these charges were politically motivated by Zuma allies seeking to take control of state finances. In a shock move on Monday, charges against Gordhan were dropped.

“It is clear that critical state institutions have been captured, including the presidency, key state-owned enterprises and most distressingly – as Gordhan’s failed prosecution demonstrated – the top anti-corruption unit of police and the National Prosecuting Authority. On the other hand, this present crisis reveals that in the fight going forward South Africa has much to hold on to such as a robust and independent judiciary, media and civil society, all of whom are hell-bent on staunching the deluge of corruption.” – David Lewis, executive director of Corruption Watch

In her report, Madonsela stated that the commission of inquiry must complete its investigation and present its report with findings and recommendations to Zuma within 180 days.

Yesterday Corruption Watch, together with other civil society organisations, business and religious leaders gathered in a cathedral in the capital to demand decisive action against state capture and its perpetrators, while two leading opposition parties led a march to the president’s offices calling for his resignation. There is increasing evidence that veteran and some current figures within the ruling party are calling for the president and the entire leadership to step down.

If Zuma is found by the commission to have comprised the position of president of South Africa, he must resign and be held to account.

25 corruption scandals that shook the world

Twenty-five years ago, when Transparency International was founded, corruption was seen as the necessary price of doing business and something so deeply ingrained that exposing…

The #MyHandsAreClean campaign has gone global, now it's your turn to get involved!

Calling out public officials on corruption: Codes of conduct

Whether for parliamentarians or public officials, codes of conduct help to build an atmosphere of ethics. But what exactly are these codes, and how do they work?