On 19 October 2016, South Africa’s courageous Public Protector, Thuli Madonsela, ends her seven-year term in office. Ahead of the appointment of her successor, Transparency International’s national chapter in South Africa, Corruption Watch, launched a mass public awareness campaign called Bua Mzansi – which means in Sesotho language “Speak up South Africa” – to ensure the next Public Protector lives up to her high standards.

Madonsela’s successor as public prosecutor is Advocate Busisiwe Mkhwebane. This is how Corruption Watch made her appointment a national priority. 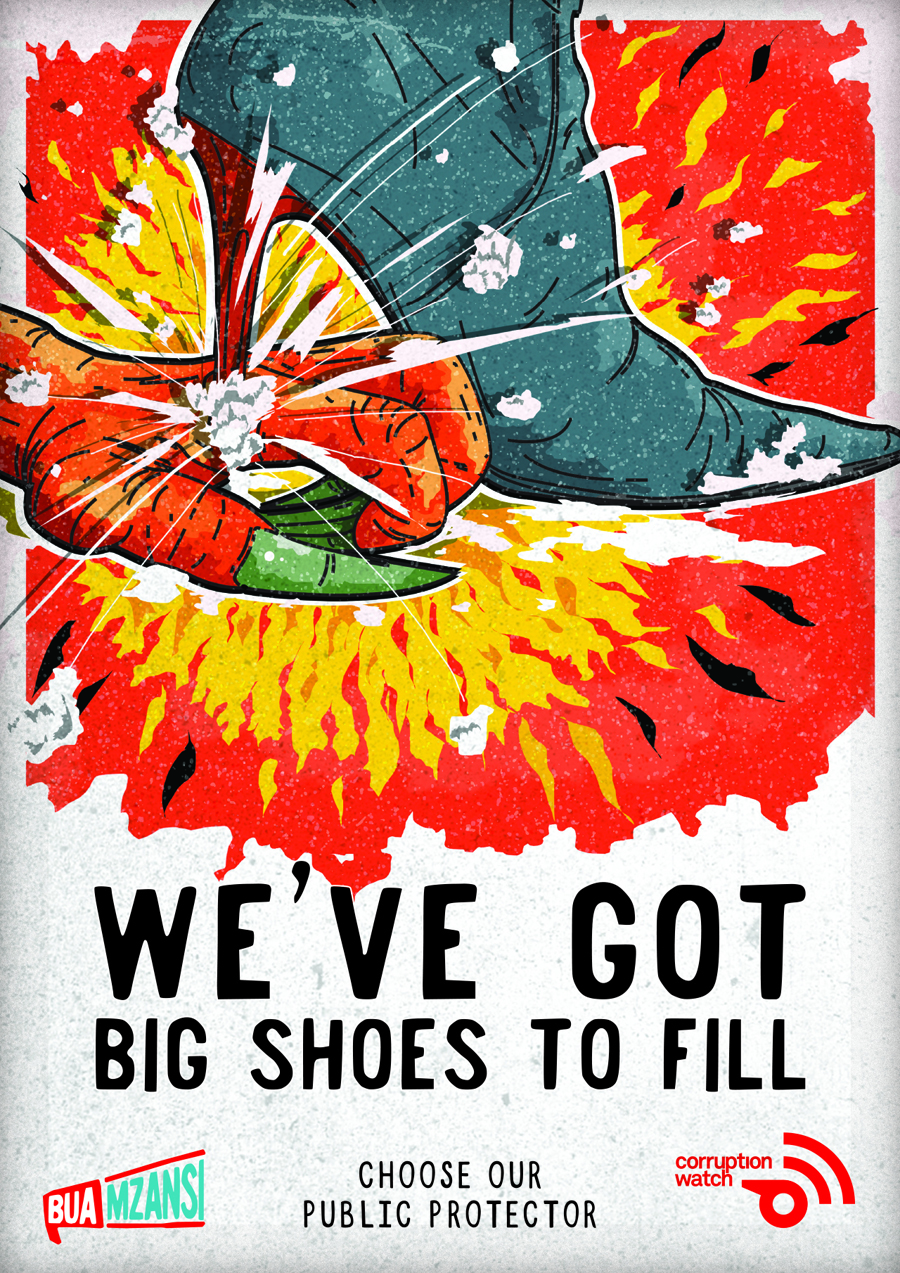 Madonsela earned widespread respect for her courage in investigating corruption and holding government accountable without fear, favour or prejudice. Madonsela’s unwavering commitment to fighting corruption has also earned her, among numerous other accolades, Transparency International’s Integrity Award in 2014.

The Office of the Public Protector is tasked with investigating improper practices at any level of government and in state-owned enterprises and statutory councils. Whoever comes next must be someone strong, capable of acting with the highest integrity, and independent from political and executive interference.

Through Bua Mzansi, Corruption Watch sought to play an active role in the appointment of the new public protector by encouraging public participation – a right granted by the Constitution. They asked the public to nominate suitable candidates for the post and help scrutinise closely those who passed the nomination round.

To encourage participation, they created avenues for dialogue and engagement with candidates using new media technologies. They also developed a crowd-voting app thatseeks to influence the president’s decision on the selection of the new public protector.

There was an unexpected high level of engagement and transparency. A parliamentary ad hoc committee was established to oversee the process. The chapter engaged extensively with the committee by making written submissions to ensure that the appointment process was transparent and inclusive. This included publishing the qualifications of candidates, vetting the candidates, attending parliamentary sessions, and allowing the public to comment on and/or object to certain candidates. These comments were taken into account when shortlisting and interviewing candidates.

The committee relied heavily on the vetting information Corruption Watch provided when the time came for shortlisting and interviewing. The process has set a precedent for how future senior appointments are made. In August, the ad hoc committee recommended that prosecutor Busisiwe Mkhwebane be appointed as the next public protector. This was endorsed by the ruling party, as well as most key opposition parties. The president’s signature is the final step in the process and is yet to happen.

The campaign provides a great example on how government and civil society can work together to fight corruption and make real change. Traditionally, the relationship between civil society and MPs is characterised by mistrust. However, this campaign won the support of the parliamentary committee.

The committee chairperson Member of Parliament, Dr Makhosi Khoza, played an instrumental role in encouraging the committee members to use the information provided by Corruption Watch. Dr Khoza’s willingness to engage with Corruption Watch and promote the objectives of Bua Mzansi helped in creating a level playing field for civil society and political parties to work together.

Bua Mzansi campaign can provide a model for other similar high-profile government appointments.

In whose interest? Political integrity and corruption in Africa

What accounts for the wide disparity in peoples’ perceptions of the integrity of elected representatives in different countries? In this piece, we will to look at various forms of…

Citizens speak out about corruption in Africa

The Global Corruption Barometer (GCB) – Africa, reveals that while most people in Africa feel corruption increased in their country, a majority also feel optimistic that they can…

The week in corruption: 8 stories making the news

Our report, “Exporting Corruption?", tracks countries’ efforts to investigate and punish corrupt companies that use foreign bribes to get ahead.