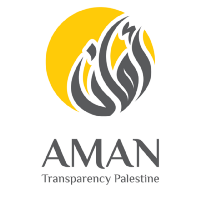 In Palestine, like many other Arab countries, prevailing cultural and societal values do not differentiate between legitimate assistance on one hand and wasta, a form of corruption, on the other. Public acceptance of wasta means it remains dominant in many spheres of life, particularly in the public sector.

What is wasta and how is it used?

Wasta is the use of personal connections to gain quicker and better access to services. This includes access to schools, universities, hospitals or public office appointments. It is used to “speed up” government paperwork such as ID renewals, licenses or birth certificates. Access to humanitarian aid is also impacted by wasta.

The Global Corruption Barometer — Middle East and North Africa 2019 highlights the scale of the problem: almost two in every five people in Palestine used wasta to access public services in the previous twelve months.

A critical starting point for addressing the impact of wasta, is public acceptance of it as a form of corruption. Transparency International Palestine, known as AMAN, is working to make communities aware of the concept of wasta as a form of corruption, the means of tackling it and how to avoid participating in it. These efforts have contributed to important developments in Palestine’s national anti-corruption efforts.

While much remains to be done, the Palestinian Government has made efforts to strengthen its legal and institutional framework against corruption in general and wasta in particular. The 2010 amendment to the Anti-Corruption Law considered wasta and favoritism as crimes with sentences ranging from 3–15 years imprisonment. Some sectors responded positively to AMAN’s recommendations and advocacy, and we are seeing progress on integrity and transparency in service provision for healthcare, social affairs and education, and in public sector recruitment.

However, the general perception of the prevalence of wasta and favoritism in the public sector remains high according to a 2018 public poll conducted by AMAN. This research is reinforced by the latest results of the Global Corruption Barometer. In fact, wasta, favoritism and nepotism are some of the most common forms of corruption in Palestine, especially for public services.

Why people use wasta

The 2018 survey conducted by AMAN revealed that among the most important reasons for resorting to wasta, are the lack of trust in service providers and the fear of not receiving services due to limited number of opportunities. People also reported that wasta shortened waiting times and cut through bureaucracy. This takes place in a prevailing environment that sees nothing wrong in resorting to wasta and nepotism.

Wasta and nepotism are crimes without punishment

Despite efforts made by the government to address corruption and wasta, these efforts remain fragmented. Perhaps the most damning evidence of this is that, despite high rates of wasta, there has never been a criminal sentence issued by the Palestinian judiciary against the perpetrators of wasta.

This prompted AMAN to conduct a study to identify the shortcomings in the legal framework that impede punishment. The study concluded that enforcing the appropriate legal penalty on those committing wasta is difficult in practice. This is primarily due to a legal loophole in the anti-corruption law that results in the in-applicability of the legal provisions to penalize wasta.

In light of the findings of the study, AMAN presented a number of recommendations to the Palestinian government and legislators, advocating amending the anti-corruption law to remove any confusion or misconception involving wasta, and setting penalties that are better suited to the nature of the crime.

As a result, the anti-corruption law was amended to address the concerns raised by AMAN, and these became effective as of March 2019. This is a positive and concrete step towards meaningfully addressing wasta.

Although 2019 marked progress, there have been no new developments since the law was amended, and no perpetrators of wasta has yet been punished.

Much more work to end societal and cultural acceptance of wasta is required before real change can happen. However, AMAN is now campaigning for the Palestinian judiciary to show more seriousness in prosecuting wasta, and for the need to introduce an e-business model in public service provision that will eliminate opportunities for wasta to take place.