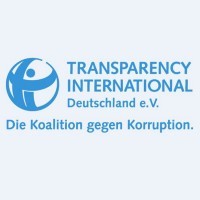 Transparency International organised a high-level panel discussion at last month’s Munich Security Conference. In a continuation of a now tried and tested approach, we placed the interplay between stability, security and corruption at the centre of our contribution, with a specific focus on the importance of how well-governed institutions — especially in the defence sector — depend on transparency, accountability and integrity. Despite the risk to national security when military governance fails, in many countries the defence sector still lacks the basic governance standards commonplace in other public sectors.

Using this as our lead, the precise aim of this year’s panel was to highlight the necessity of tailored reform programmes and the key role that independent oversight mechanisms and analysis tools can play in supporting action against corruption. The Government Defence Integrity Index by TI Defence and Security’s (TI-DS) is a prime example of the latter.

The panel benefited enormously from the participation of two extremely able senior politicians, both of whom find themselves on the front-line of defence and security reform efforts in their respective countries: Andriy Zagorodnyuk, the Minister of Defence of the Ukraine, and Dr Hamdullah Mohib, Afghanistan’s National Security Advisor. They were joined on the panel by two leading anti-corruption practitioners, Steve Francis, Director of TI-DS, and John Sopko the US’s Special Inspector General for Afghanistan Reconstruction (SIGAR).

Corruption leads to a loss of efficiency and trust

During the discussion both politicians described the consequences of corruption in the defence sector as it affected their respective countries. Both agreed that not only did it lead to ineffective and inefficient defence, security and police forces, but at a more fundamental level, it also leads to a loss of public confidence and trust in the State, especially when the State is seen as not being able to provide one of its most important services — namely basic security for its citizens.

While diagnosing the underlying problems can itself be a challenge, instigating, implementing and delivering reform is even more difficult. While not underestimating the size and scale of the task ahead, Mr Zagorodnyuk was positive about what could be achieved when the political leadership is committed to change. Amongst other successes, he was particularly upbeat over the prospect of reduced opportunities for corruption in procurement as a consequence of introducing new oversight processes enabled by new technology.

In a similar vein, Dr Mohib described successful new approaches in Afghanistan to computerise salary lists of soldiers to avoid payments to non-existent soldiers on the pay roll, the so-called ‘ghost soldier’ problem.

John Sopko highlighted the assessments his team has been doing in Afghanistan for several years. By taking a multi-sectoral approach, SIGAR has been able to provide a broad and comprehensive picture of poor governance and corruption in Afghanistan and the successes or failures in the fight against it — including how the international community’s actions can help or hinder. SIGAR’s strength derived from its rigorous assessments, impartial stance and independent view as an ‘outsider’, which allowed it to stay immune from the internal pressures, churn and real politik of political life in Afghanistan.

Steve Francis described TI-DS’s Government Defence Integrity Index. Uniquely, it provides a reliable assessment of governance standards and corruption risk in the national defence sectors of some 90 countries worldwide. Currently being published in regional waves, the results allow comparison between countries, but more importantly it provides the governments themselves, civil society, oversight bodies, donors and commercial companies a comprehensive insight to the degree of risk that the institutions in question are holding. More than a grading tool, because of the way it is constructed, the assessments can also be inverted to offer reformers a pathway to improvement.

More broadly, the discussion brought together the in-depth knowledge of the political context of two key defence and security leaders in Afghanistan and Ukraine on one hand, and the experience of Transparency International and SIGAR on the other. It succeeded in spanning the strategic, political, policy and practical aspects of this most challenging of anti-corruption challenges. The candour and honesty that was brought to the discussion will have provided a valuable insight into its realities too.

The panel discussion was organised by TI-Germany and supported by TI Defence and Security. Peter Conze welcomed the guests and introduced the topic. In addition to Steve Francis, TI-DS was also represented by Dr Kaleigh Heard, who moderated the session with aplomb.

Asia Pacific: How leaders are big on talk but little on action

The State of Emergency in Hungary must be limited in time