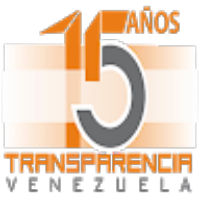 In the early hours of the morning of 18 February 2019, Carlos García* received the visit many people in Caracas fear.

A group of men, dressed in black, faces covered by balaclavas, with no identifying numbers and heavily armed, burst into his home in a working-class district of the Venezuelan capital demanding to know the whereabouts of his brother.

This was the second time Mr García had been visited by the Special Action Forces (Fuerzas de Acción Especiales (FAES)), a rapid-reaction police force set up to combat crime and terrorism.

This time, the FAES agents stayed three terrifying hours while they repeatedly asked him where his brother was, who was on provisional release after serving a five-year prison sentence. During this time, with his wife and young child shut into another room, they searched the house from top to bottom. The FAES threatened to kill the whole family if Mr García didn’t reveal where his brother was. When they finally left, they took two mobile phones and US$500 in cash with them.

Since it was set up in 2017, the FAES has gained a brutal reputation and is suspected of being behind many of Venezuela’s extra-judicial killings. Venezuelan human rights NGO, Committee for the Families of Victims of February-March 1989 (Comité de Familiares de Víctimas de los Sucesos de Febrero-Marzo de 1989 (COFAVIC)), reported a total of 3,684 such killings during 2017 and 2018, of which 28 per cent could be attributable to the FAES.

FAES agents are known for committing human rights abuses in the poorer neighbourhoods of Caracas and other cities; young men, especially those with criminal records, are frequent targets.

As part of its mission to monitor human rights, in 2019 the Office of the United Nations High Commissioner on Human Rights interviewed the relatives of 20 young men killed between June 2018 and April 2019 by the FAES. All followed a similar pattern. Families told how the FAES had broken into their homes, harassed women and girls and stolen belongings. They would separate young men from other family members before shooting them, usually in the chest. FAES agents would then manipulate the scene of the crime, planting drugs or arms and by firing their weapons against the walls to simulate a confrontation to back up the idea that the victim had resisted arrest.

The Venezuelan police in general have a very poor reputation. According to the latest Global Corruption Barometer (GCB) — Latin America and the Caribbean, which asked more than 17,000 citizens in 18 countries across the region about their day-to-day experiences of corruption, 80 per cent of Venezuelans think all or most people in the Venezuelan police force were corrupt. Of those who had come into contact with the police during the previous 12 months, a full 62 per cent had had to pay a bribe, the highest total for the whole region.

Very few people are prepared to make an official complaint about the police, particularly the FAES, but a week after the raid Mr García got in touch with Transparency International’s Venezuelan chapter Transparencia Venezuela asking for help. He had nothing more to lose, and decided to take this step.

Working with COFAVIC, Transparencia Venezuela’s Advocacy and Legal Advice Centre (ALAC) applied to the Venezuelan attorney general for Mr García to be given special protection, including the right to have his identity hidden, as a first step in preparing a legal action. As the Venezuelan police form part of the apparatus of the legal system, the ALAC took the precaution of not handing over any details that would risk identifying him.

Representatives of the ALAC had to visit the office of the attorney general on repeated occasions to check on the progress of the application. While they awaited a decision, Mr García reported that the FAES had visited his neighbourhood once more and that two FAES agents had pointed him out to others in the street.

In April 2019, the attorney general denied the request.

The ALAC encouraged Mr García to appeal against this decision and advised him to take his own precautions in the meantime, including varying his routine and staying with different relatives at night instead of at his home. They also wanted to take his case, and that of other complainants, to the Inter-American Commission on Human Rights.

Mr García reported feeling extremely vulnerable and decided not to continue the legal action; instead he started looking into leaving the country. Since early June, he has not replied to repeated attempts by the ALAC to contact him and his current whereabouts are unknown.

In a July 2019 report, Michelle Bachelet, the United Nations high commissioner for Human Rights, expressed her concern that the Venezuelan authorities may be using the FAES and other security forces as a way of instilling fear into the population and controlling society. She called for the FAES to be dismantled.

* Name has been changed.

This article was written as part of the launch of the Global Corruption Barometer — Latin America and the Caribbean.