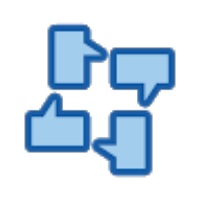 No one likes to get a letter from the taxman. But imagine how it feels when the letter is accusing you of not paying your taxes on a sum of money you have never heard of?

This is precisely what happened to Laura Pérez*, an engineer from the north-eastern city of Santa Fe in Argentina. In May 2016, she was summoned by the federal tax office (Administración Federal de Ingresos Públicos (AFIP)) to explain why she had received a cheque for 14,250 Argentinian pesos (US$1,006) and why she passed this on to an Argentinian company rather than paying it into her own bank account.

Puzzled and extremely worried, Ms Pérez got in touch with Poder Ciudadano, Transparency International’s Argentinian chapter. By doing so, she took up her place in a complex chain of events that led back to a provincial university faculty 450 kilometres away and a case of embezzlement of millions of pesos of public money currently being tried before the courts.

In January 2013, the La Plata Regional Faculty of the National Technological University (Universidad Tecnológica Nacional ((UTN)) signed an agreement worth over 34.5 million pesos (US$6,980,870) with the Argentinian Ministry of Social Development. It was to monitor the implementation of Argentina Works, a plan to pay unemployed people monthly allowances in return for carrying out public works.

A whistleblower at the UTN had already alerted Poder Ciudadano to irregularities in the university’s handling of the contract. He handed over documentation to back this up, including the names of 254 engineers who had supposedly been paid eight-months’-worth of fees amounting to around 14 million pesos (US$2.65 million). Ms Pérez was on the list. Another name belonged to someone who had been dead since 2009.

Staff from Poder Ciudadano’s Advocacy and Legal Advice Centre (ALAC) discovered that all 254 people on the UTN project “payroll” were graduates of the same engineering course at the University of Santa Fe. There was no evidence that any had been employed under contract to the UTN. After tracking down as many as they could, the ALAC staff invited them to a meeting in Santa Fe on 24 June 2016 to explain that their identities had been misused and that as a result they now appeared on the tax office’s list of people owing taxes.

Poder Ciudadano encouraged them to join in a future legal action. Registering a mixture of shock, fear and indignation, forty of the roughly seventy people present decided to do so.

The fact that only slightly over half were willing to join the legal action is a sign of how little faith many Argentinians have in their system of justice; “some prefer to do nothing because no one trusts that judges are impartial,” says ALAC employee, José Bisillac. “People are worried there could be
reprisals by political or legal powers.”

This viewpoint is backed up by the findings of the latest Global Corruption Barometer (GCB) — Latin America and the Caribbean, which asked more than 17,000 citizens in 18 countries across the region about their day-to-day experiences of corruption. Across the region, 42 per cent of respondents
thought all or most judges and magistrates were corrupt, but in Argentina the total rose to 54 per cent. A full 80 per cent of Argentinians believe that reporting corruption could lead to retaliation, according to the survey.

The case was presented to La Plata’s federal court in April 2017. In late 2017, the courts raided the offices of the UTN and seized all documents relating to the investigation. Poder Ciudadano was able to demonstrate that at least 34 signatures on a list of cheques paid out were forged, possibly more, and that several of the cheques had been signed over to various Argentinian companies, again using forged signatures.

In November 2017, Poder Ciudadano was officially accepted as a plaintiff in the case, as were the 40 engineers from Santa Fe. Although already permitted for human rights cases in Argentina, this set a legal precedent, as this was the first time an NGO has been allowed to work in official partnership with the courts on a case of corruption.

“We managed to get this formula broadened, we managed to get it accepted that corruption cases can also affect human rights,” says Mr Bisillac. “We think this could help improve the public perception of the justice system… and make people more willing to lodge their complaints.”

The case continues to work its way through the Argentinian courts, who recently decided that the accused — Carlos Fantini, dean, and Fernando Zabala, administrative secretary and deputy dean respectively of La Plata Regional Faculty of the UTN — have a case to answer.

Poder Ciudadano has also been able to help Laura Pérez in her dealings with the tax office. It shared details of the court case, and the tax authorities have accepted that Ms Pérez does not owe any tax and have cleared her of any wrongdoing. The tax office has now turned its attention to the UTN senior management.

*Name has been changed

This article was written as part of the Global Corruption Barometer 2019 — Latin America and the Caribbean.