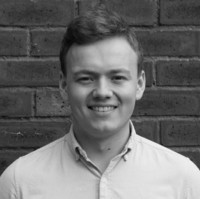 Public procurement is a means to an end. It is a significant economic or government activity that sees taxpayer funds used to deliver public services to citizens as well as achieve policy goals. Procurement reaches into almost every aspect of our daily lives, be it transport, energy and healthcare services, the military, sport or agriculture. However, the complexity of the procurement process combined with the vast sums of money involved means it is an area fraught with confusion — as well as being a significant corruption risk. Indeed, the Organisation for Economic Co-operation and Development (OECD) identifies public procurement as a hotbed of bribery. Whether we live in the United Kingdom or the United Arab Emirates, understanding the procurement process is essential to confronting the risks that it carries globally.

In Ukraine, 47,000 families of service people are currently waiting for housing promised to them by the government[1]. However, due to a lack of transparency and ingrained corruption throughout the procurement process — amongst other issues — many of these families have been forced to live in cramped and unhygienic conditions for years. In some cases, new apartment blocks have been constructed but barely 3% of apartments have been offered to service members — far below the agreed quota of 10%.

Three thousand miles away in Kenya, two dams intended to power the development of the country’s economy and the wider region of east Africa have recently seen costs rocket from an original budget of US$450million, to US$614million[2]. Further to this, these dams — which are yet to be built — have already seen some US$180million paid out for their development. These proposals and the lack of actual construction of the dams (so far) have led to the prosecution of Kenya’s Finance Minister, Henry Rotich on corruption allegations and the flouting of procurement procedures.

These are just two examples of the corruption risks associated with the procurement process. It is evident that poor procurement has far-reaching consequences and it is clearly necessary to continue to strive to improve its processes at all stages, reducing cost and waste — from the initial assessment stage to the completion of the agreed contract.

Paulo Magina, Head of the OECD’s Public Procurement Unit, illustrated the scale of the problem facing anti-corruption campaigners when he spoke at the Transparency International School on Integrity. The school is a major annual gathering of future leaders in the fields of law, finance, academia, journalism and government — as well as civil society. With more than 130 attendees from over 60 countries, the event provides an excellent opportunity to gather for mutual learning and networking.

Paulo emphasised the risks that exist in procurement and echoed the sentiment of the OECD that it is the area with perhaps the highest perception of bribery risk in governments across the world. The discussion that followed his training lectures highlighted the importance of taking a more integrated and strategic approach to reduce the risks that are endemic in procurement — rather than just making it an administrative following of the rules (as is the current approach in most countries globally).

One thing that became apparent was the fundamental importance of considering various social, economic and environmental interests throughout any public project. It was also clear that for any procurement project to have maximum positive gain and the lowest chance of corruption entering the process it must have:

· Innovative transparency — ensuring that transparency is always expected and renewed in response to various socio-economic, environmental and technological changes

Through the serious implementation of these measures, the risk of corruption in the procurement process can be drastically reduced, as each measure acts as a check on the other. As was evident throughout the school (with its cross-sectoral and national make-up), this can only be achieved through international cooperation and the collaborative work of organisations such as Transparency International and the OECD with governments and businesses across the world. Only then will we see these standards become the global norm.