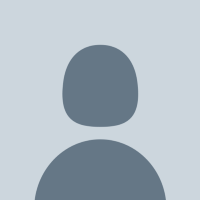 The average Guyanese would probably agree that corruption is pervasive and has not only impacted negatively on ourselves as individuals, our families and our communities, but also hampered national development. In recent years though, there has been a measure of optimism about the potential for a turnaround. This is strongly linked to a change in government that occurred in 2015.

Transparency International’s Global Corruption Barometer (GCB) broke new ground this year by including Guyana. This is an important contribution to the monitoring of corruption in the country. Some highlights from the report are:

In 2015, a regime change came after 23 years of rule by a single political party. Signs of political corruption became more obvious the longer the party was in power, with ministers and other well-connected individuals accessing state contracts and resources inappropriately. This included the establishment of a housing scheme for themselves and paying below market rates for the lands. Criticisms of the then recently established local transparency outfit and its directors by the political class were especially harsh and personal (see, for example press reports here, here and here).

In 2015, there was great hope that the impunity enjoyed under the previous government was about to come to an end. The party that formed the new government in 2015 campaigned on an anti-corruption platform, and it promised to hold former members of government accountable for misuse of state resources. Once in government, forensic audits of state institutions were commissioned.

The audits revealed a dismal picture of abuse of entrusted power and, although the promise to hold people accountable has not been realised as anticipated, the exposure of what went on has been enlightening for Guyanese citizens. That no one has yet been convicted is largely due to the weakened state of the public institutions, a lack of whistleblower protections, and extremely limited investigative and prosecutorial capacities.

Perhaps more of a concern than the failure to address these past violations, there have been some troubling developments under the new government. Failure to adhere to the rule of law is a common complaint and there have been new corruption scandals.

What the current government is doing

Despite this, freedom of expression and freedom to challenge the political class have improved. This is corroborated by the Global Corruption Barometer which found that 56% of the citizens believe that the media has greater freedom to investigate and report on and criticise government actions and performance. There have also been a number of positive steps taken by the new government, including:

· Halting a major contract for parking meters in the capital city, which violated the procurement laws, following protests by citizens;

· Updating the code of conduct for public officials;

· Implementing several other interventions with implications for integrity in public life.

The establishment of anti-corruption agencies and the passage of laws do not necessarily mean that everything is functioning well, or that things are fully operational. These developments are still significant though, and might account for a growing optimism that ending impunity for corruption is finally possible.

One area of corruption that appears to continue unchecked is bribery. Bribery seems to have become the means by which one gets things done. Some would say that it is necessary in the prevailing environment. Though this problem is not restricted to specific institutions, the police have come in for much criticism in relation to bribery (or even extortion), as has the Guyana Revenue Authority. In recent years, some Guyana Revenue Authority workers were dismissed for such activities. To a lesser extent, disciplinary measures have also been applied in the police force.

While there is optimism about the fight against corruption, and about people being able to influence change, Guyana still has a long path ahead. The positive developments in recent years need to be continued, while other areas for improvement, such as compliance the law, establishment of political financing laws and ending impunity, need to be addressed.