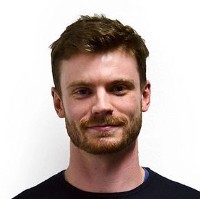 I work as a Research and Knowledge Coordinator at Transparency International Secretariat. Opinions my own.

Although the precise nature of the relationship between discrimination and corruption is complex and has yet to be fully explored, there is growing evidence of a correlation between these phenomena. As such, it is perhaps unsurprising that the 2017 U.S. Corruption Barometer found that nearly one in three African Americans view the police as highly corrupt, compared to a fifth of the total population.

Corruption is bad for society in general, but it typically hits already marginalised groups harder than most by exacerbating inequality and skewing resource distribution to the advantage of the powerful. The effects of corruption on ethnic minorities, for instance, are often exacerbated by their marginalisation, which – due to historic and contemporary patterns of discrimination – is commonly associated with lower socio-economic status, a lack of political representation and limited access to justice.

Exploring and understanding this connection in more depth is important. Transparency International is working with the Equal Rights Trust and a number of grassroots organisations to document the interplay between corruption and discrimination as well as the implications of these dynamics on those most left behind. Given the lack of scholarly and policy attention this issue has received to date, much remains to be done.

As a first step, we have produced a literature review to examine the experiences of corruption among marginalised groups. Our findings suggest that the costs of corruption are primarily borne by people with restricted access to political, economic or social rights. Marginalised groups include those who are exposed to discrimination on the basis of their identity, status or beliefs, including on grounds such as their sex, ethnicity, religion or belief, nationality, gender identity, age, or disability.

We consider the different ways corruption disproportionately affects six groups exposed to discrimination: women and girls, youth and children, ethnic minorities, indigenous peoples, LGBTI persons, and persons with disabilities. The paper is necessarily selective; we aim to be primarily illustrative and make no claims to a comprehensive study of how corruption affects all marginalised groups, or indeed the full range of ways in which corruption affects and is experienced by these communities.

Having said that, we find that while experiences of corruption vary widely by group, depending on their political, economic and social status, what they have in common is an above-average risk of falling victim to corruption due to ingrained power asymmetries.

Ways marginalised groups can be affected

Some marginalised groups are more likely to encounter coercive attempts to extract bribes and other rent-seeking behaviour due to their restricted access to justice. Other marginalised groups may inhabit regions that expose them to particular risks such as land grabbing. Yet others may find themselves exposed to corruption on the basis of their identity in a manner that seeks either to scapegoat them for poor governance or sow division as a smokescreen for political corruption.

On the basis of the literature surveyed, it appears that exposure to extortive forms of corruption further increases certain communities’ alienation, especially from the organs of the state. This marginalisation is compounded by the lack of political, economic and social representation of marginalised groups, which in turn results in their past and current experiences of discrimination. Exclusion from decision-making processes at all levels renders some groups less able to demand equal access to goods, services and opportunities while reproducing forms of exclusion that facilitate corrupt practices.

Without political, economic, and social visibility, marginalised communities are less able to challenge coercive corrupt practices that deprive them of their needs and entitlements on the basis of their identity, or seek recourse when they bear the cost of collusive corrupt arrangements to which they are not party.

Transparency International and the Equal Rights Trust will host an event within the UN High Level Political Forum (HLPF) on July 10 at 8:00am EDT to continue exploring this connection. Join us here!

8 female anti-corruption fighters who inspire us

A vital chance for whistleblower protection