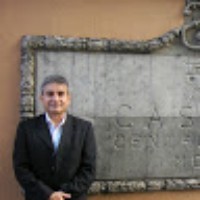 When it comes to corruption, Costa Rica occupies a privileged place in Central America. At least that’s the image presented by the most recent Corruption Perceptions Index (CPI) and the Global Corruption Barometer (GCB) 2019.

Viewed from the ground though, the task is still unfinished, especially as there is no public policy to prevent corruption and bribery, and the impunity rate of corruption crimes remains high.

The country’s strength has been built through different phases, due to the construction of strong establishment and laws against corruption and bribery.

In the last five years, Costa Rica’s performance on the CPI has been significantly ahead of the rest of the Central America. However, despite a recent score of 56 out of 100, it is still a long way below the Americas region’s best performers, and it’s score has hardly changed over several years.

The recent “Cementazo” scandal had a profound effect on the country, and has impeded the progress of anti-corruption gains experienced since 2015. This has highlighted the fragility of perceptions of corruption improvements.

When it comes to bribery, the GCB 2019 highlights that Costa Rica has one of the lowest overall bribery rates (7 per cent) in the region, followed by Barbados (9 per cent) and Brazil (11 per cent). While these are the lowest in Central America, the rest range between 13–50 per cent, we should not be satisfied when, as a region, more than one in every five people who access a government service are paying a bribe. Maybe, this phenomenon is likely due to better levels of education, democratic, institutional tradition, lower poverty rates compared to other countries.

If Costa Rica wants to gain membership to the Organization for Economic Cooperation and Development (OECD), and comply with the 2030 Sustainable Development Goals agenda, especially SDG 16 Peace, justice and strong institutions, there needs to be a transformation in our efforts to end corruption and bribery.

The Legislative Assembly recently approved Law №9699: Responsibility of legal persons on domestic bribery, international bribery and other crimes. This aims to regulate the criminal responsibility of people responsible for crimes committed under the Law against Corruption and Illicit Enrichment in the Public Service (Law №8422), and seeks to improve mechanisms to combat impunity and corruption both in the public service and in private companies.

The country is also working to:

· strengthen institutions responsible for the detection, investigation and prosecution of crimes related to corruption;

· reduce political impunity in cases of corruption and protect whistleblowers by generating complaints through anonymous channels promoted by the Prosecutor’s Office;

Citizens can make a difference

Despite some very troubling national and regional trends, the GCB 2019 clearly indicates that citizens in Costa Rica, and the wider region, are optimistic about their role in ending corruption. In fact, 84 per cent of citizens in in Costa Rica believe they have a role to play.

It is the role of civil society organizations, like Costa Rica Integra (CRI), to build alliances with government, academia, private enterprise and citizens’ groups, to help end corruption and bribery.

As an anti-corruption organization we are part of various citizen spaces, including the Social Responsibility Advisory Council, National Commission for an Open State, the Alliance for an Open Assembly, Justice Forum, Citizen Network for an Open Government, the Anti-Corruption Commission of the International Chamber of Commerce and the Initiative for Transparency of Infrastructure (CoST).

CRI is also working with national institutions, academia and private companies to develop the National Strategy for the Prevention of Corruption.

CRI will continue to support citizens who want to play a role in fighting corruption, especially young people.

Although we have a long way to go, by harnessing the power of people we will make progress towards a less corrupt Costa Rica.