Failing to take account of the threat from corruption during peacekeeping operations puts the long-term success of international interventions at risk, warns a new report by Transparency International’s Defence and Security Programme.

Corruption has become a mission-critical issue in many recent operations. Yet it is often ignored in planning and execution. Mandates rarely mention it, and training centres currently do not provide any meaningful guidance on how peacekeepers can prevent corruption from becoming more entrenched in the host nation and in the mission itself.

“Corruption is dangerous, divisive, and wasteful, but this is not a reason to hide our heads in the sand. Ignoring the threats of corruption to peacekeeping missions embeds it more deeply and damages the legitimacy of key institutions. It is possible and essential to understand the corruption risks involved” explains Mark Pyman, the main author of the study “Corruption and Peacekeeping” and Director of Transparency International UK’s Defence and Security Programme.

The report—which identifies 28 types of corruption that threaten peacekeeping operations—suggests tackling the problem in the early stages of a Mission is likely to result in successful institution building and stability for the host nation.

UN should set policy and guidance on the corruption threats

Transparency International calls on the UN to initiate a focused discussion on ways to institute practical anti-corruption and transparency measures in peacekeeping, and to establish more independent and professional oversight and investigation capabilities. The UN Secretary General could start this process by acknowledging the importance of addressing corruption and open the door for practical policy, guidance and reforms to be implemented.

Commenting on the findings, Senior Adviser to Transparency International and former UK Ambassador to NATO Sir Stewart Eldon said "The report is an important contribution to tackling the difficult issue of corruption and conflict. It is a real opportunity for the UN to take the initiative in developing standards and policies that will enable international organisations and troop and police contributors to tackle this problem at source. In so doing they will be more effective in helping countries transition to stability, and in protecting the ordinary citizens that peacekeeping missions are mandated to assist and protect."

1. A large consumer of international funds, UN Peacekeeping Missions and mandates accounted for USD 7.9 billion in the 2011-2012 financial year. This almost equates to the total combined official development assistance (ODA) given by donor countries to Afghanistan and Haiti in 2011.

2. Transparency International UK’s Defence and Security Programme helps to build integrity and reduce corruption in defence and security establishments worldwide through supporting counter corruption reform in nations, raising integrity in arms transfers, and influencing policy in defence and security. To achieve this, the programme works with governments, defence companies, multilateral organisations and civil society. The programme is led by Transparency International UK (TI-UK) on behalf of the TI movement. For more information about the programme please visit www.ti-defence.org

3. Examples quoted in the report:

i. Arising from the political settlement framework: For example, the challenge faced by MONUSCO in the DRC, where the tension was explicit between the need to support the elected government in the host country while being seen to uphold United Nations values. Mandate language recognised the sovereignty of the elected government, but placed the Mission in a very difficult position where the government or its services were associated with corruption.

ii. Arising in the troop contributing countries: For example, three former Nepalese police chiefs and one British businessman were convicted in 2012 over the procurement of obsolete and sub-standard equipment for Nepali UN peacekeepers for the Darfur mission in 2009.

iii. Corruption within the Mission and emerging from it: For example, officers in the Police Unit in MINUSTAH (Haiti) were extorting money from daily-paid workers and thereafter paid bribes to ensure the continuation of the illegitimate scheme. Similarly, discrimination against local staff employed in the UN mission was seen in the UN mission in Kosovo, with many staff having to pay ‘kickbacks’ to UN staff to secure employment. Fuel mismanagement, theft and fraud have been found across a number of UN Peacekeeping Missions including UNOCI (Ivory Coast), UNTAET (East Timor), and MONUSCO (DRC).

iv. In central UN Peacekeeping procurement: For example, in August 2008, Alexandar Yakovlev, the former Procurement Officer at the UN, was charged and convicted by the United States’ Federal Prosecutor for criminal offences in connection with the Oil-for-Food Programme. Between 2000 and 2005, Mr Yakovlev received over USD 1.3 million in bribes and kickbacks from numerous contractors working with the UN.

v. In poor quality oversight and investigation of corruption allegations: UN oversight systems have been internal and politicised, with no tolerance of whistle-blowers. For example, James Wasserstrom, who was investigating corrupt practices at UNMIK, the UN mission in Kosovo, himself faced serious retaliation from the UN when he raised concerns about corruption, particularly for taking kickbacks on electricity procurement in 2007. 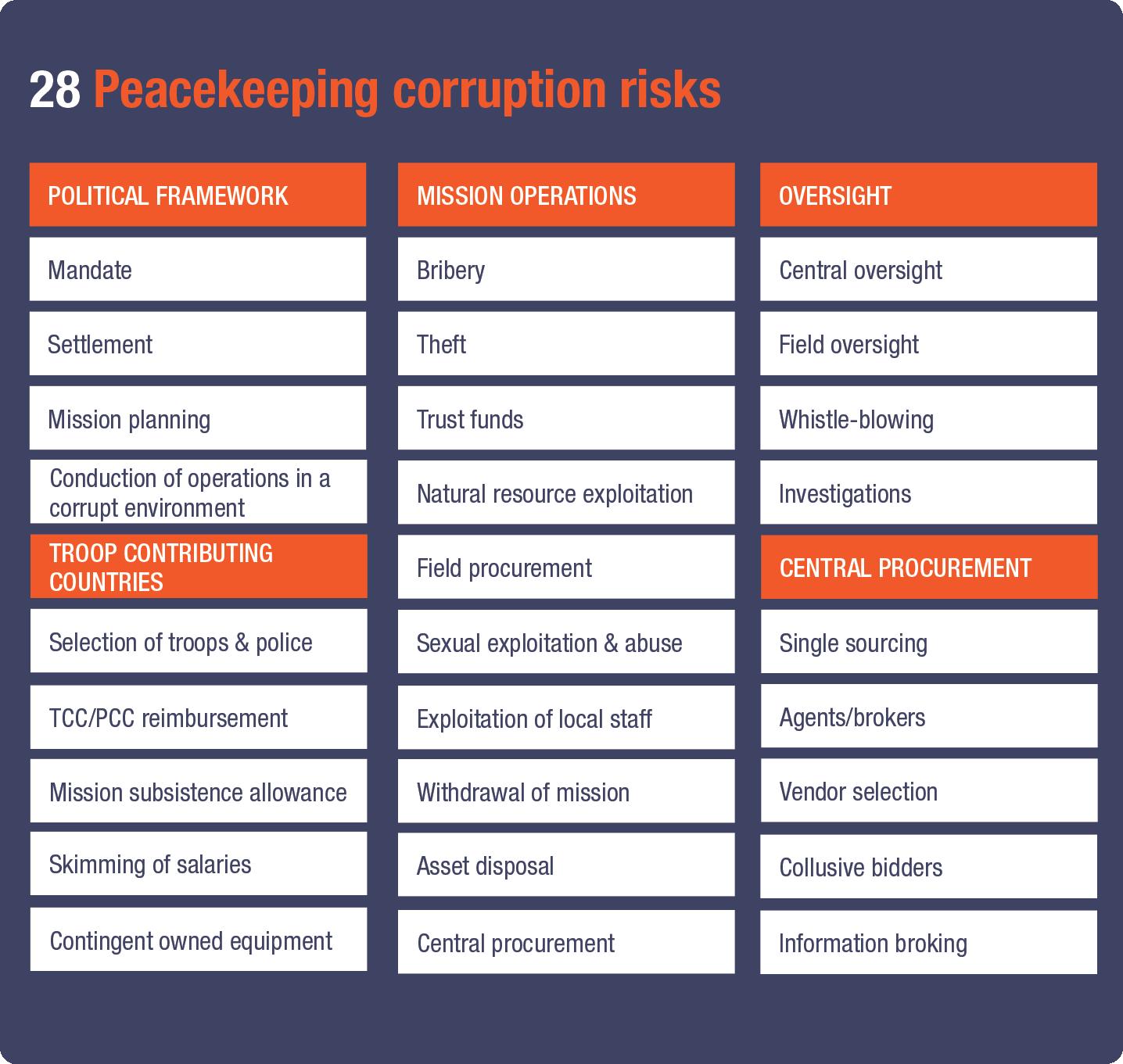 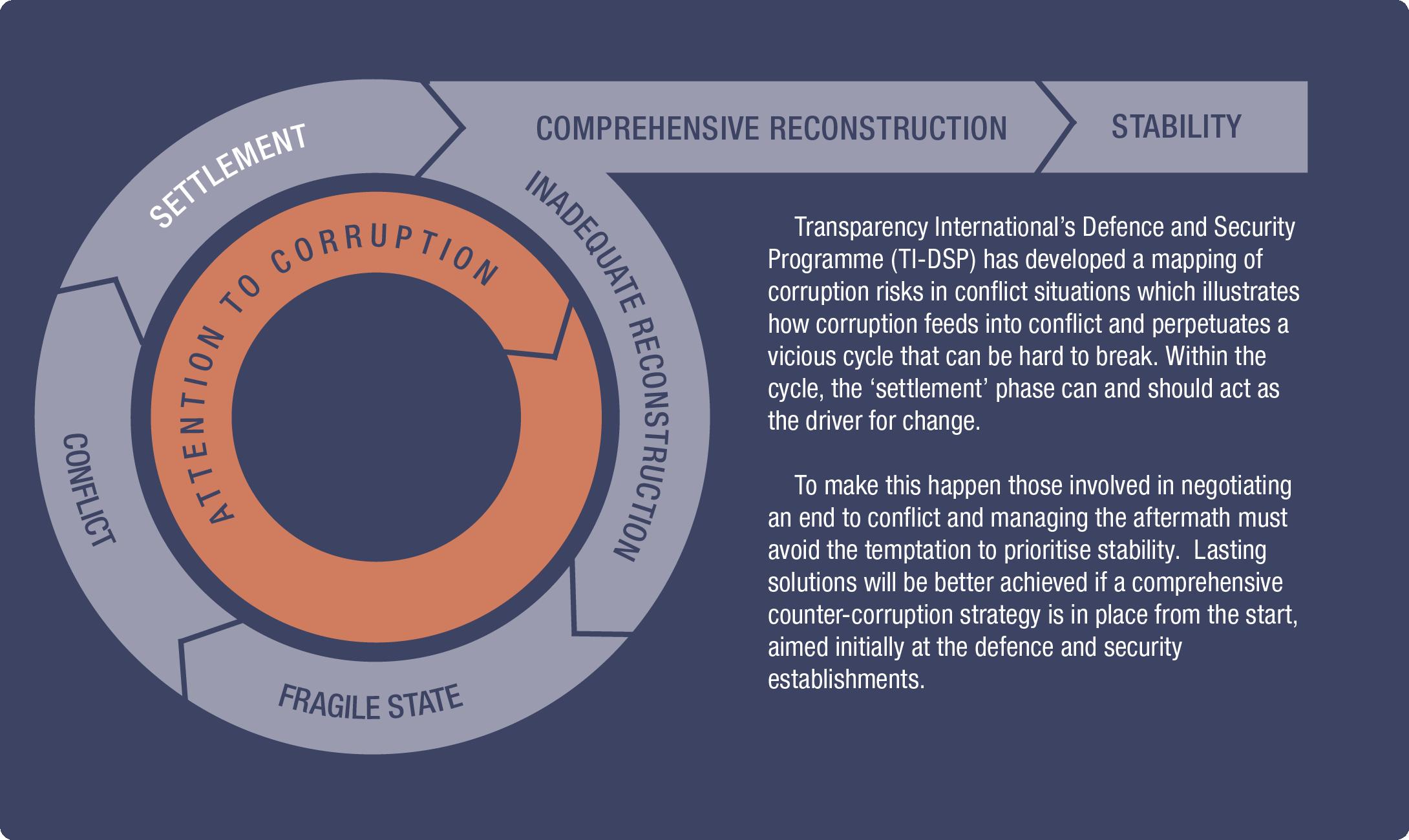