Mexican citizens are not waiting any longer for their politicians to draft new laws against corruption. They have taken on the job themselves.

Mexicans have the right to propose changes to the Constitution or laws if the proposal is backed with at least 120,000 signatures. If that is the case, the Congress has to discuss the bill and vote on it.

A diverse group of organisations, including Transparencia Mexicana, got together to come up with a proposal that could strengthen the fight against corruption in the country.

The campaign has now collected 309,476 signatures in 40 cities across Mexico and abroad, and will be delivering the final count to the Senate where the new anti-corruption legislation will be debated. 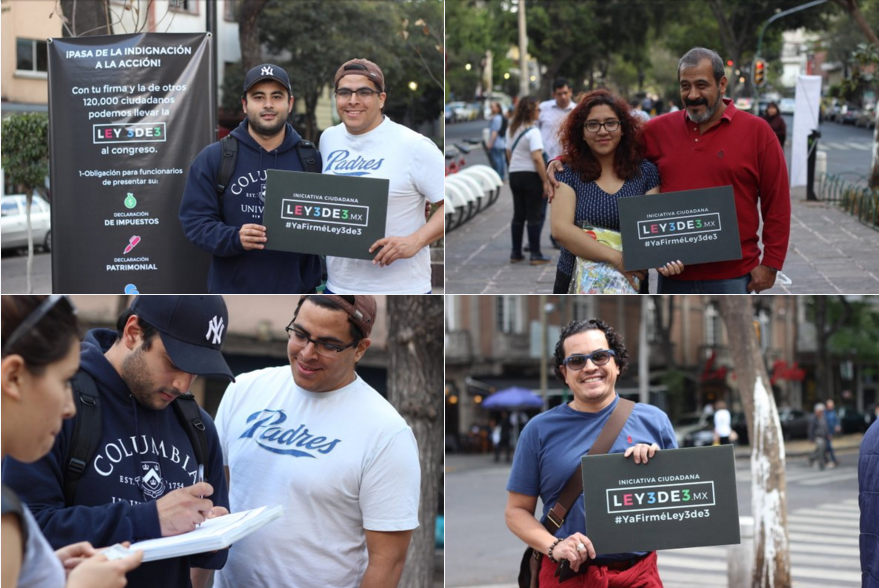 Citizens’ Initiative: #Ley3de3 (Law 3 out of 3) is proposing public servants disclose their assets, interests and tax-payments. It proposes stronger sanctions for those public servants and enterprises or individuals involved in corruption and mandates government to create anonymous and safe channels to denounce corruption, among other actions.

#Ley3de3 is a proof that when citizens get together and demand concrete changes, corruption can be controlled. We should not wait for political will for things to change. Citizens must say openly no to corruption.
- Eduardo Bohórquez, Transparencia Mexicana's Executive Director

The new law will help citizens ensure politicians are not enriching themselves illegally or involved in conflict of interests.

New definitions of corruption in Mexico

Think of them as the 10 corruption plagues of Mexican society:

What People Think: Corruption in Latin America & the Caribbean

Countries must be more transparent when investigating transnational corruption

Supervisory and justice systems should be transparent and accountable so that the public can assess their performance.

Vast sums of money are being invested to thwart climate change. But is corruption undermining good intentions?

From Mexico City to Johannesburg to Bangkok, this year we are holding a series of talks across the globe on how to ensure that investment in the response to climate change really…