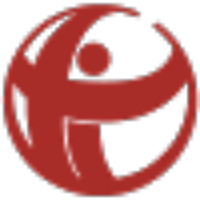 With the resignation of Papua New Guinea’s (PNG) former Prime Minister Peter O’Neill last May after his seven-year tenure, many citizens have hailed the resulting appointment of the Marape-Steven government as an opportunity to start fresh.

A staggering US$7.7 billion mountain of debt and an inefficient and incredibly costly public service has forced the new government to implement a number of unpopular, yet arguably more fiscally responsible initiatives.

This includes a 50 per cent reduction in O’Neill-era popular subsidies for primary education, with potential savings directed towards university education.

While there has been much debate about new measures to address national debt, little has been done about the waste created by corruption at virtually every level of society in Papua New Guinea.

A history of corruption in Papua New Guinea

A report by the Ombudsman Commission of Papua New Guinea released in 2018 recorded 115 allegations of corruption leveled against different members of parliament since independence in 1975.

The resulting impact of these cases (and many more unreported cases) has seen a multi-billion dollar drain on successive budgets since the country gained its independence from Australia in 1975.

With a score of 28 out of 100 on the latest Corruption Perceptions Index (CPI), Papua New Guinea finds itself among a majority of countries that show little to no improvement in tackling corruption.

As with many countries that score below the global CPI average of 43, Papua New Guinea experiences a link between the perceived prevalence of corruption in a country and a lack of political integrity.

Examples from Papua New Guinea’s Asia-Pacific neighbors, like Indonesia, show the effectiveness of such enforcement mechanisms. Indonesia’s premier anti-corruption agency, Komisi Pemberantasan Korupsi (KPK), has helped prevent revenue waste through corruption. Last month, the KPK was reported to have saved Indonesia approximately US$4.52 billion in potential losses over the past four years.

The financial cost of corruption

The prevalence of corruption in PNG is readily apparent, with a host of corruption allegations leveled against multiple members of parliament in the past two decades, as well as “petty” corruption experienced throughout the public service.

Figures cited previously by the former head of the Operation Task Force Sweep, Sam Koim, suggested that the cost of corruption to government revenue was estimated to be above US$1.4 billion in 2015. In 2016, former Prime Minister Mekere Morauta also cited Police Fraud Squad estimates of more than US$429 million per year being lost to corruption.

The new Marape-Steven government has made concerted efforts to push for the introduction of an Independent Commission against Corruption (ICAC), including publishing a proposed law in the national gazette in October 2019 and vowing to pass such legislation by the end of 2020.

Despite these promises, skeptics are quick to point out the prospect of an ICAC existed since 2007, when the Somare government unanimously voted in favor of amending the constitution to allow for the establishment of an ICAC.

There are many benefits to establishing and empowering an independent anti-corruption enforcement agency in Papua New Guinea, including:

As parliament gears up for 2020, all eyes will be on Prime Minister Marape and his government to make good on their promises.

This blog is part of a “countries to watch” series from the 2019 Corruption Perceptions Index (CPI).

Shell companies let a ‘parade of horribles’ into the U.S. financial system. This year, we’re fighting back.

Achieving the 'Africa we want' starts with the rule of law