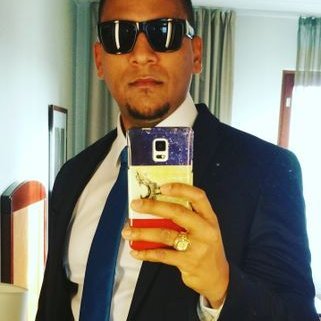 In early 2013, Dominican Republic President Danilo Medina (2012-2016, 2016-present) and the governing Dominican Liberation Party (PLD) approved the construction of the coal-fired power plant Punta Catalina, 33 miles from the capital Santo Domingo. Composed of two electricity-generating units of 376 megawatts each, Punta Catalina was supposed to tackle Dominican Republic's power outages and expensive electricity rates. Yet, corruption has plagued the project from the outset and more than six years after construction started, it has not achieved these goals. Now, as the country prepares to vote in general elections, plans to sell part of the plant appear to have more to do with securing political power than generating value for Dominicans.

The contract to build Punta Catalina was awarded to Odebrecht, the Brazilian construction giant at the centre of one of the largest corruption scandals in the history of the world. All told, the case extends across at least 12 countries in Latin America and Africa, leaving more than 150 politicians and business people convicted in its wake.

In 2016, construction firm Odebrecht admitted to paying nearly US$788 million in bribes and kickbacks to politicians in 12 countries to secure lucrative contracts for more than 100 projects, and agreed a record US$3.5 billion fine with the US Department of Justice.

In the Dominican Republic, the Dominican Corporation of State Electrical Companies (CDEEE), led by Medina's close associate, Rubén Bichara, granted special powers to economist Andrés Dauhajre and other consultants to vet Odebrecht's bid for the contract to build Punta Catalina.

With Dauhajre’s green light, the CDEEE and the PLD awarded Odebrecht a contract of more than US$2 billion, ignoring cost-effective bids from Chinese construction companies SEPCO3 (US$1.1 billion) and Gezhouba Group (US$900 million).

It is believed that during these meetings, Medina, with the liaison of Rousseff, da Silva and Santana, was negotiating Punta Catalina’s contract with Odebrecht.

In secret transactions that transpired between December 2013 and December 2014, Odebrecht made 62 payments of US$39.5 million seemingly connected to Punta Catalina’s contract. Five of these payments, totaling more than US$3.3 million, went to Baker Street Financial Inc., whose director was Dauhajre – the consultant who approved the bid. In Odebrecht's clandestine communications system known as Drousys, the payments were designated as “Thermoelectric Plant.”

In April 2014, then Odebrecht manager in the Dominican Republic Marcos Vasconcelos Cruz authorized a US$20.4 million payment to Ángel Rondón, a lobbyist for Odebrecht, for influencing the PLD into favouring Odebrecht over other bidders regarding Punta Catalina's contract.

The U.S. Justice Department revealed in 2016 that, from 2001 to 2014, Odebrecht paid at least US$92 million in bribes in the Dominican Republic, which helped Odebrecht win contracts amounting to more than US$4.7 billion.

Bribes connected to the Punta Catalina's contract allegedly fueled Medina’s presidential re-election campaign. It was reported that several congressional representatives and senators received bribes ranging from US$275,000 to US$1 million in exchange for supporting Medina’s constitutional reform in 2015. This reform enabled Medina to run for a second term. He was re-elected president in May 2016.

Medina wanted to run for a third term but appears to have decided against it after U.S. Secretary of State Mike Pompeo warned him in July 2019 to respect the Dominican constitution, which limits presidential terms to two. Medina, nonetheless, managed to impose Gonzalo Castillo, minister for Public Works from 2012 to 2019, as the PLD presidential nominee to the July 2020 election.

Corrupt activity apparently cascaded across the Public Works Ministry during Castillo's stint in office. Castillo allegedly signed amendments to Odebrecht’s contracts worth tens of millions of dollars, skyrocketing the construction juggernaut's profits. The budgets of the new Coral Highway and La Romana Beltway, for example, increased by hundreds of millions of dollars after Castillo’s amendments. Additionally, Castillo allegedly signed illicit contracts for asphalt worth approximately US$200 million during his last five months as minister.

CDEEE Chief Bichara claims that Punta Catalina was a transparent, beneficial deal. In contrast, opposition member José Marte Piantini argues that Punta Catalina's planners will have to explain in court why its price tag rocketed from US$2 billion to more than US$3 billion. Political commentators Altagracia Salazar, Ivonne Ferreras, Ricardo Nieves and Andrés L. Mateostate that Punta Catalina is perhaps the greatest rip-off in the history of the Dominican Republic. Further, journalists Huchi Lora and Marino Zapete and congresswoman Faride Raful maintain that Punta Catalina is heavily overvalued and plagued with irregularities.

With the election approaching, the PLD now wants to sell 50 percent of Punta Catalina's shares. The presidential candidate of the Modern Revolutionary Party and allied forces, Luis Abinader, estimates that this transaction will be highly detrimental to Dominican taxpayers. Moreover, he states that if this sale materializes, shareholders risk becoming complicit in Punta Catalina and Odebrecht’s bribery scheme.

The story of the Punta Catalina power plant and Odebrecht’s bribery scheme in Dominican Republic underscores how bribery by multinational corporations abroad distorts international trade and undermines the integrity of politics in the importing country. Yet enforcement against foreign bribery is shockingly low in most major exporting economies.

It is questionable that while Odebrecht has admitted paying bribes in the Dominican Republic, the politicians on the other side of the equation have not faced consequences. A report from Transparency International’s national chapter in Dominican Republic, Participación Ciudadana, states, “The only explanation that could be inferred for this lack of interest would be the lack of independence in the actions of Dominican Republic Attorney General Jean Alain Rodríguez, who owes his appointment, exclusively, to President Medina. That would also explain why, unlike what happened in other Latin American countries where Odebrecht confessed bribes and other criminal offenses, the Dominican Republic Attorney General’s office has not dared to subject President Medina to investigation.”

Exporting Corruption is a research report that rates the performance of 44 leading global exporters, including 40 countries that are signatories of Organisation for Economic Co-operation and Development (OECD) Anti-Bribery Convention, and shows how well – or poorly – countries are enforcing the rules.

As well as leading by example and thoroughly investigating and sanctioning corrupt business practices abroad, influential countries must cooperate more closely and strive to correct the harm caused by foreign bribery.

This article reflects the views of the author and not necessarily those of Transparency International.

Advocating for foreign bribery enforcement in a highly corrupt country

Canada Falls from its Anti-Corruption Perch