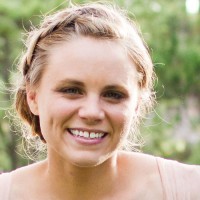 The Association for a More Just Society (ASJ), our Honduran chapter, was invited by the government management organisation, Honduras Strategic Investment (INVEST-H), to audit its emergency purchase processes during the COVID-19 health crisis.

After collaborating with medical and purchasing experts in the United States and Honduras, on 24 June ASJ published its report on the purchase of seven mobile hospitals with 477 beds for a total cost of US$47,462,500.

The audit affirmed the need for additional medical facilities as the country faces a shortage of hospital beds for COVID- 19 patients. But the investigation also unearthed serious problems.

Were mobile hospitals the best option?

ASJ has continuously warned that INVEST-H and the wider Honduran government lack a plan to guide themselves through emergency purchases in response to COVID-19.

Such a plan would have ensured purchases made by INVEST-H were based on a sound foundation of medical and epidemiological expertise. Instead, INVEST-H has presented no evidence that it seriously consulted with medical experts before spending US$47.5 million to acquire tent-style mobile hospitals.

There is no documentation justifying the type or quantity of mobile hospitals purchased, nor indication of which public official made those decisions. ASJ has also questioned the government’s apparent lack of deliberation on whether money might better have been spent improving its existing hospitals.

As of 1 July, the mobile hospitals had not even arrived in Honduras, let alone been set up; even if they followed strict transparency guidelines, improvements to existing facilities could likely have commenced sooner, and the results may have been more sustainable.

$12.3 million extra to purchase through a little-known intermediary

INVEST-H directly contacted companies for quotes. Three responded. Two of the companies requested designs and specifications. The third, ELMED Medical Systems, Inc. (doing business as HospitalesMoviles.com) provided a quote based on the initial information provided. Instead of waiting for quotes from the other two companies and choosing the best one, within one day of receiving ELMED’s quote, INVEST-H hired them. It’s not clear why this decision was rushed through, since it would take several months for the hospitals to arrive.

ELMED is based in Orlando, Florida, in the United States, and serves as an intermediary between Honduras and a Turkey-based hospital manufacturer. ASJ’s experts requested their own quotes—and found that the Honduran Government could have saved US$1 to US$2 million per hospital by buying directly from the manufacturer. The decision to instead buy the hospitals through ELMED, an intermediary, resulted in a loss of US$12,347,010.08.

INVEST-H also agreed to pay 100 per cent in advance without guarantees to protect the investment from incompliance or even penalties in case of late delivery. This left the Honduran government with little recourse when ELMED did not comply with the agreed-on delivery period of 45 to 55 days. Ninety days had passed when ASJ’s audit was published, and the hospitals had still not been delivered.

Future of hospitals in doubt even before they are delivered

ASJ’s audit also showed that INVEST-H did not have legal documents proving ELMED was a legitimate company. With hundreds of other companies registered at the same address — at a strip mall in Orlando — ASJ was unable to confirm ELMED’s legitimacy or prior experience. ASJ did discover, however, that ELMED’s owner has been sued multiple times for failure to pay credit card bills, rent on an apartment and quotas on two homes in the Orlando area.

Finally, neither INVEST-H, the secretary of health, nor any other Honduran government institution presented any plan for paying for and managing additional resources needed to run the mobile hospitals, including hundreds of doctors and nurses, medicines, and equipment maintenance. As a result, Honduras may end up with new mobile hospitals, but without the resources to actually treat patients in them.

Not too late for a plan

In light of these findings, ASJ is advocating for the following measures to be adopted: