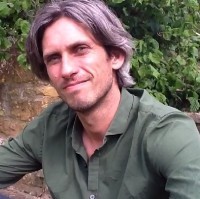 “Three hundred people have been invited?” I repeated, trying to keep the surprise out of my voice. “Yes, it’s mainly going to be local leaders and decision makers, as well as representatives of local citizen groups and journalists…”

This community screening event — organised by a group of local women — was turning into something much more ambitious than expected. “Have you ever put on an event like this?” I checked, hopefully. “No nothing like this,” she said. “We want to get people talking together and thinking about the impacts of corruption on women here, and get them to commit to actions that will change this situation”.

This was the culmination of a project in which 11 women from south west Madagascar created films highlighting injustices that deprive women of land. InsightShare had been training them to use a powerful communication tool to tackle endemic corruption and deeply ingrained cultural norms, that held that women should not own land.

What if there was a tool that could help groups work together better to create change — whilst still having some fun? Perhaps it’s not fun all the time, but there can be great joy in the solidarity of struggling together to make a difference, and this tool does tend to generate a lot of laughter.

And what if that tool could be used by literate or illiterate, educated or not, putting everyone on the same playing field? Wouldn’t it be great if that tool could be used to open ears and minds, to help other ordinary citizens, chiefs, business leaders and politicians move out of their bubbles and into the realities of those they rarely meet, let alone listen to? This creates a deeper understanding of issues and motivation to tackle them.

These are some of the magic ingredients of the participatory video process. It is within all of our reach and looks very much like the smartphone in our pockets.

Everybody has a video cameras these days, but crucially participatory video is about a collective process: working together to explore, prioritise and investigate community concerns, issues and experiences. Facilitators help the group to learn simple video-making skills through games and exercises. Participants work together to plan and produce their video collectively, screening-back regularly to their wider community to test ideas and refine messages. Participants own the video and control the content, allowing direct control over how they are represented. The resulting videos are used to communicate with chosen audiences, sharing stories, building a new image of what can be and working together with all key actors to make that happen.

Participatory video is used around the world to empower communities and hold those in power accountable.

Today, InsightShare and Transparency International launched a guidebook on how to plan, produce and create impact with participatory video. Combatting Corruption Through Participatory Video: A Guide for Practitioners is the result of 10 years of collaboration between the two organisations on projects with citizens worldwide, and it’s free to download now.

The project in Madagascar was the final road test before launching the guide.

“One of the biggest barriers to women speaking out against corruption is shame.”

Bénédicte was one of these women, and she shared her experience for the first time. The other trainees carried out a process of empathic listening combined with roleplay to help her bring her story into words. She described how her husband had paid corrupt officials to change the title deeds of their house and that one day she and her daughters came home to find a locked door and a bailiff telling them to leave. Bénédicte, together with her peers, decided scene by scene where they would shoot, what to say and who should be included in her film.

At first Bénédicte was scared to share her message, but her confidence grew. Hundreds of people came to community screenings to watch her story and the testimonies of other local men and women. The local team then facilitated talking circles where everyone could share their perspective, their emotions and what actions they would take.

The participatory video women’s group have all they need to carry on their work, screening the videos around the region, making new ones and gaining support from local judges, senators and prefects, as well as traditional leaders and chiefs. The winds of change are blowing in south west Madagascar and the work with participatory video is highlighting the role of corruption and harmful cultural practices in oppressing women’s rights.

As for Bénédicte, having heard the testimonies and stories of so many others and feeling supported by this broader network of women, she said: “I decided to take my ex-husband to court and fight this out. My daughters deserve to share in the property that I developed over so many years with him.”

Participatory video enabled each group to investigate and document their issues. With this tool they can reach stakeholders and decision-makers, inform them and pressure them to be accountable.

Download the guidebook — Combatting Corruption Through Participatory Video: a Guide for Practitioners.

Chris Lunch is co-director of InsightShare.
InsightShare applies participatory video to amplify collective intelligence and build consensus to support locally-led change. Their work is breaking down barriers between stakeholders to address critical problems in new ways.