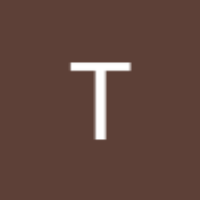 Recently my brilliant colleague Sarah Steingrüber wrote a blog which provided Transparency International Health Initiative answer to the question “How can we solve the health financing problem?” If you follow TI, you probably already know our answer.

Just because we may ramble on about it doesn’t make it less true. By any reputable study, corruption takes out enough resources to cover the WHO recommended minimum spend to provide basic, life-saving services for every person on the planet.

We all know corruption is bad, so I’m not going to go deep into that. Instead, I’m going to broaden the discussion a bit to talk through how transparency in health procurement can increase available health financing and reduce corruption simultaneously.

In Low-Middle Income Countries (LMIC) alone more than an extra US$370 billion a year is needed to reach SDG health targets by 2030[1]. More financing alone is not enough, but it is true that millions of people die per year because of this gap and it is also true that it represents a fundamental, perhaps even existential, barrier to Health SDG targets.

So what do we do? The shocking reality is that 20 – 40 per cent of current global health expenditure (US$1.5–3 trillion per year[2]) does little to improve health outcomes[3]. Why? Well, the simple and perhaps frustrating answer is that there are a ton of reasons — some we have more evidence than others.

So where are the holes through which resources are falling? How can we plug them? What is clear is that ineffectiveness in procurement is a common cause. Of the ten leading causes listed by the WHO, five are procurement related. This blog uses gargantuan figures and estimates to answer (in part) these two questions in relation to these leading procurement related causes (the “holes”)[4]. They are sourced from trusted studies but any task this scale will require acceptance of a wide margin of error — an effect exacerbated by the inherent difficulty in quantifying losses to corruption.

The Holes: How much is lost and where?

The figures and dealt with here are so astronomically large that they can become abstract; it is easy to lose in our minds the connection between these numbers and their real life impact. Instead of constantly bringing this connection up, I’ve used rather “tongue in cheek” equivalencies to try and keep this at the forefront of your mind. Here are a couple of the biggest holes and their cost to the global health system:

Taking a more serious tone: The WHO estimates that there are (at least) 400 million people globally who do not have access to essential health services[8]. The losses from the above-mentioned leading causes would cover the WHO’s minimum recommended spend needed to provide basic, life-saving services for each of these people over 50 times.

This indicates that the answer to the funding gap is not only to invest more, we need to recover more. Recouping a fraction of the figures presented above would be enough to cover the entire global financing gap to meet SDG targets for health each year.

Open Contracting as a Big Plug?

Transparent procurement as an approach is not new, in recent years it has been majorly shaped and promoted by an approach called “open contracting”. Both concepts at their core are the practice of publishing and using accessible information throughout the procurement cycle to ensure that the vast sums of public money are spent honestly, fairly, and effectively.

When we talk of open contracting, however, we are referring to an updated concept that is able to deal with modern world dynamics. It heavily emphasises the use of data, technology and global cooperation to achieve transparency aims while providing contemporary framework of principles[9]that governments, civil society and businesses can strive to attain.

Open contracting does tackle corruption. It reduces the space for corrupt acts such as collusion and undue influence, key causes for each of the five holes. For example, in Honduras, in March 2015, the Ministry of Health (MoH) received 700,000 bottles of multivitamins which were found using transparent tender specifications to contain only four of the 11 vitamins specified. The company owners, including a member of the Honduran Congress, were charged with crimes against public health and falsification of documents.

However, the true value in Open Contracting is that it does not focus solely on corruption. The generation of evidence of trends in procurement system allows governments, filling the information gap — often described as a key cause of inefficiency.

Reports of savings have ranged from five to 50 per cent in health procurements. In Ukraine, Open Contracting in health helped more than 2000 health care organisations achieve savings of 15 per cent[10]. Extrapolating this to the global level would represent an extra 8 trillion rubber ducks (US$1.1 trillion) that the world could enjoy per year. Even a conservative saving of less than one per cent would cover the health financing gap.

Open contracting is a broad approach that, if (big if) implemented globally would close the health financing gap needed to achieve SDG health targets. It would do this through improving efficiency in procurement WHILE reducing losses to corruption. It provides an opportunity for cross-sectoral collaboration but is also fast becoming a global norm: over 30 countries are implementing Open Contracting and about three of every five OGP open contracting commitments are substantially or fully implemented, which is nearly double the global average.

Open Contracting is not without its implementation issues (as an implementer I know this too well) but it is also worth remembering that open contracting is a new movement; we have not begun to see the true impact that open procurement can have. As more data is published, more prices can be standardised, cross-sectoral and cross-cultural analysis can be more easily conducted meaning that value and efficiency will increase exponentially. Add to this that we are still testing ideas and approaches to this problem across a bunch of different actors, and the outlook gets more exciting.

[2] Based on $7.5 trillion per year, https://www.who.int/health_financing/documents/health-expenditure-report-2018/en/

The many-headed hydra: how grand corruption robs us of a sustainable future