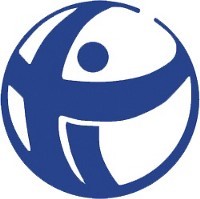 Two weeks ago, as more than 190 million people went to the polls in Indonesia’s largest national election, corruption was a key issue on voters’ minds.

From concerns about the main candidates’ campaign funding, to politicians handing out gifts and cash in exchange for votes, corruption was present across parties and political levels.

In a historic moment, almost exactly 21 years after the end of Indonesia’s brutal military dictatorship, citizens voted for presidential, parliamentary, regional and local leaders. Testing the strength of its democracy, the country undertook one of the most complex elections in the world.

Although many Indonesians regularly experience corruption, it isn’t always easy to understand how corruption works, its impact on people’s everyday lives or even how to prevent it.

Even worse, in many areas of daily life, corruption is seen almost as inevitable, and if something is inevitable why try to change it?

According to the latest Corruption Perceptions Index (CPI), which measures public sector corruption in 180 countries and territories around the world, Indonesia scored 38 out of 100, which is well below the regional average of 44 out of 100 for the Asia Pacific region. Of the Association of Southeast Asian Nations (ASEAN), Indonesia scored worse than Singapore (85), Brunei Darussalam (63) and Malaysia (47).

Additionally, according to the 2017 global corruption barometer, which surveyed nearly 22,000 citizens in 16 countries in the Asia Pacific region, six in 10 Indonesian citizens believed corruption levels had worsened in Indonesia.

Yet, in a national survey of business owners from twelve Indonesian cities, most respondents did not consider corruption an important problem in their country. A result that is at odds with the other findings, but is perhaps unsurprising in an environment where corruption is sometimes seen as the price of doing business.

Conducted in 2017 by Transparency International Indonesia (TI-Indonesia), the survey targeted a dozen cities that are the highest contributors to Indonesia’s Gross Domestic Product (GDP) and examined how entrepreneurs perceive the ease of doing business and the frequency of bribes, among other issues.

Corruption remains a real challenge in Indonesia, despite recent progress from the country’s leading anti-corruption agency, the Corruption Eradication Commission (KPK). For example, in Indonesia’s Aceh province, the governor has been arrested three times for corruption-related charges. The KPK has also implicated 41 members of regional parliaments on corruption charges.

Yet despite KPK efforts, including ongoing sting operations, corruption persists across Indonesia. More work needs to be done to promote anti-corruption values ​​in communities and prevent corruption from occurring in the first place.

To this end, KPK is implementing several corruption prevention programs, including one in Early Childhood Education (PAUD). In addition, a new presidential regulation establishes a national strategy to prevent corruption with a team dedicated to address the issue. The team consists of the KPK, the Executive Office of Presidential Staff (KSP), the National Planning and Development Agency (Bappenas), the Ministry of Home Affairs and the Ministry of Administrative and Bureaucratic Reform (KemenPAN RB).

However, preventative laws and strategies are not enough to eradicate corruption. Communities must also be active participants in fighting corruption.

Since 2011, TI-Indonesia has been working with communities to highlight anti-corruption through art, film, music, theater and more. TI-Indonesia works with artists to package anti-corruption messages into simpler forms, so that they are more easily accessible to the public.

For example, TI-Indonesia produced at least seven movies in collaboration with professional filmmakers, including four documentary films, which have been screened in multiple locations across Indonesia, including on public trains, planes and on local and national television.

TI-Indonesia also collaborated with the punk band, Marjinal, to highlight corruption issues among young people. Marjinal’s music often centers around environmental issues, human rights, and other social issues. TI-Indonesia has successfully collaborated with the band on several occasions, including in an event on International Anti-Corruption Day (IACD) on 9 December 2018.

With more than 100 people in attendance, last December’s event, entitled “United against Corruption,” featured a musical performance by Marjinal. The event was organized with other civil society groups to support the case of KPK investigator, Novel Baswedan, who as a result of his anti-corruption work suffered a violet acid attack in April 2017. Although more than 600 days since the attack, Baswedan’s case is still unresolved. TI-Indonesia is working with others to make sure that his case isn’t forgotten and that those responsible cannot operate with impunity.

The event also included a poetry reading and a discussion, and also featured musical performances from other bands, including My Stereo Ill, Crewsakan and Nara AKSI, helping to reinforce our message on corruption.

Creative campaigns are a great way to engage people on anti-corruption issues, inform them of their rights, and motive them to take action. Given the positive community feedback from recent TI-Indonesia films and events, in the coming year, TI-Indonesia plans to do more to link popular Indonesian culture with the fight against corruption. If we can make anti-corruption efforts part of daily life, we can make change happen and shake people out of their apathy towards corruption.

This blog is part of a 25th anniversary series showcasing anti-corruption efforts from chapters around the Transparency International movement.