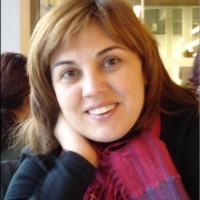 There was once a time when Turkey’s electoral system was considered a strength in promoting political integrity in the country. Now it has become one of the biggest contributing factors to the rapid erosion of Turkish democracy. The aftermath of the local elections of March 2019 has made the situation even worse.

Over the last 15 years, the weakening of oversight institutions has been the main cause of an ongoing deterioration of democracy in Turkey. In the last couple of elections, however, we’ve seen blows to the electoral system that could be the nail in the coffin for Turkish democracy. The country, now categorized as a competitive authoritarian regime, may even lose the “competitive” qualifier, as question-marks hang over the legitimacy of the cancellation of the Istanbul local elections.

According to the Electoral Integrity Index, Turkey ranks 116th out of 166 countries, with a score of 47. Many in Turkey may find it difficult to believe, but the country ranks below even some authoritarian regimes when it comes to electoral integrity.

Free and fair elections require a set of universally agreed standards, including accurate lists of voters, timely elections, free media, free campaigning by the opposition without intimidation from the authorities, and fair and equal use of state resources. Turkey has been performing poorly in most of these aspects in the last couple of elections cycles.

During the last five years, Uluslararası Şeffaflık Derneği, or Transparency International Turkey (TI Turkey), has been monitoring the campaign periods of elections in the country, which have each created large-scale scandals and public outcry. According to our monitoring report for the March 2019 local elections, fundamental issues included pressure on media and civil society, obstruction of free campaigning and the abuse of state resources. For instance, while state news media TRT Haber allocated 54 per cent of its time to the ruling party, the AKP, only six per cent of its news covered the main opposition party CHP (five per cent of which was spent on smear campaigns), six per cent for the opposition İYİ Party and one percent for the HDP. There were a significant number of detentions, assaults on various parties and politicians, and the open use of public resources in favor of the ruling party.

One of the few positive developments during the local elections of March 2019 was the adoption of our Transparency Pledge by 70 mayoral candidates from nine different parties, who promised to fight corruption by focusing on transparency, integrity and accountability. Additionally, a number of municipalities were won by opposition parties, raising hopes in many sections of society that a flourishing pluralistic democracy in Turkey is possible.

However, the results of Istanbul’s local election, which was won by the opposition, were challenged by the ruling party who insisted on what many observers consider unjustified recounts. People slept by the ballotboxes for 18 days in order to prevent any illegal interventions. While politicians maintained pressure on judges, the ruling party made numerous objections lacking legal merit.

During the 18 days opposition candidate Ekrem İmamoğlu spent in office as Istanbul’s mayor, a number of irregularities were discovered in the use of the budget of Istanbul municipality under the previous AKP mayor. These included the transfer of nearly one million Turkish Lira to pro-government civil society organizations and religious groups, as well as the lavish use of public resources by the previous mayor, such as the allocation of dozens of cars. In the words of the New York Times, “enough to spoil a mayor”.

İmamoğlu also made municipal council meetings open to the public via social media channels, as he had promised in his Transparency Pledge. These became big events and were watched by over 3.5 million people over only two sessions. Such small but almost revolutionary acts in the name of democratic governance of municipalities have been examplary and set a high bar for other local governments in the country.

Nevertheless, the decision to order a rerun of the race taken by the High Election Council 36 days after the election, in violation of its own precedents, threatens to crush the last semblances of electoral integrity in Turkey.

Now, the real choice before the people is not selecting between the parties but respecting the results of the election, and the fundamental principle of free and fair elections. Despite everything, people are determined to choose to live in a democracy. A vibrant civil society is one of the few aspects of public life left that brings hope for democracy in Turkey. In these troubling days, a popular slogan is used not only by the opposition but everybody who believes in democracy, “Her Şey Çok Güzel Olacak” — Everything is Going to Be Great!