Sadly, not much has changed in the last decade. In 2010, Tunisian street vendor, Mohamed Bouazizi, set himself on fire to protest police corruption and inspired the Arab Spring. Yet, nine years after his death, the Global Corruption Barometer (GCB) – Middle East and North Africa, finds that the police is still the institution most likely to demand and receive bribes across the region.

The 10th edition of the GCB reveals that almost two-thirds of all people (65 per cent) in six countries surveyed think that corruption is getting worse in their country, and that governments are not doing enough to tackle corruption (66 per cent).

The GCB is one of the largest, most detailed surveys of citizens’ views on corruption and experiences of bribery, incorporating the views of more than 6,600 citizens from Jordan, Lebanon, Morocco, Palestine, Sudan and Tunisia. 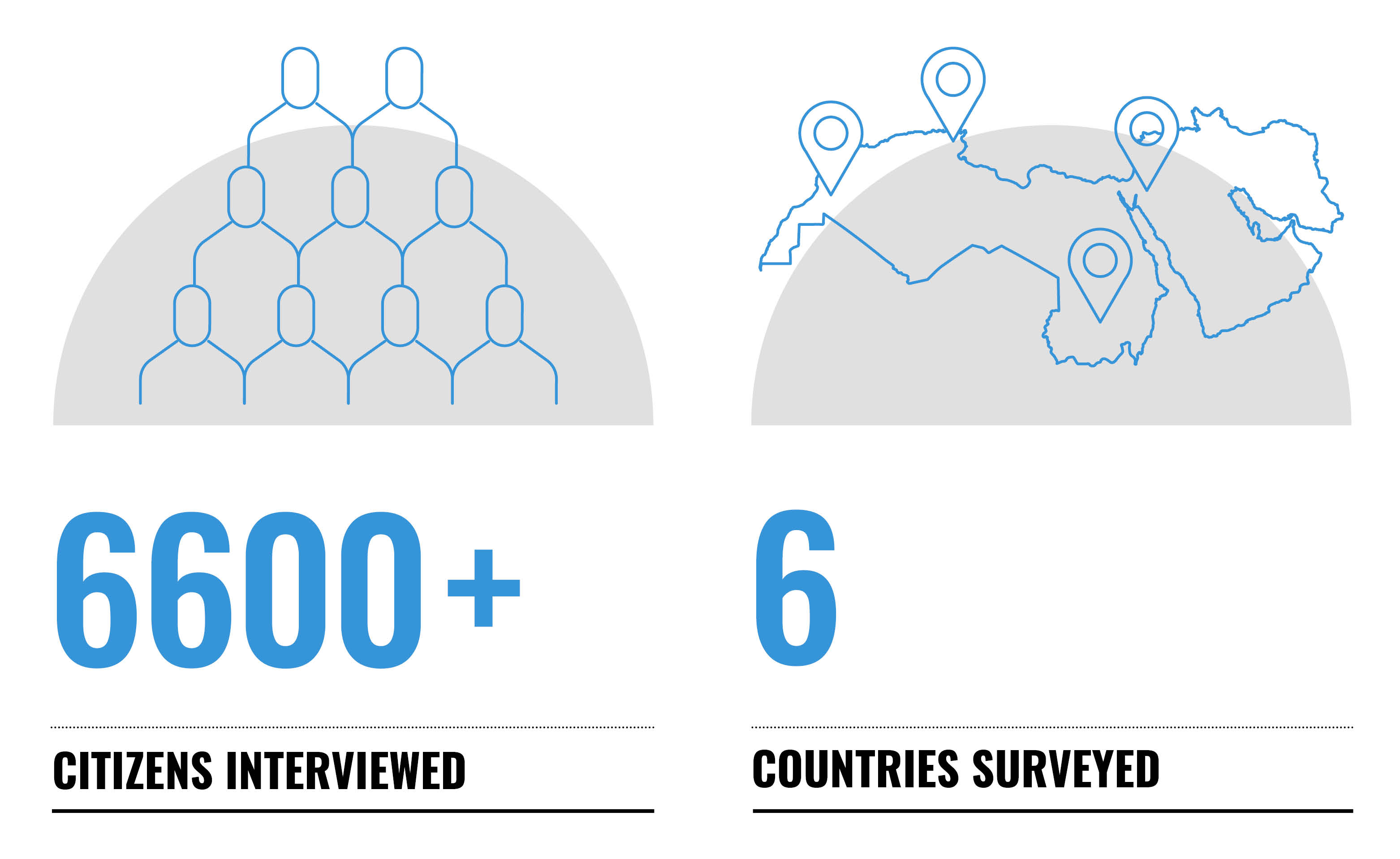 For the first time, the GCB also measures the prevalence of wasta, or the use of personal connections, to access public services, in three countries: Jordan, Lebanon and Palestine.

In addition, the report collected data on “sextortion”, one of the most significant forms of gendered corruption, as well as data on corruption related to elections, such as vote-buying and fake news.

Despite relatively low bribery rates in countries like Jordan and Palestine, citizens often resort to wasta, or the use of personal connections, in order to get the public services they need. In Jordan, Lebanon and Palestine, more than one in three people (38 per cent) who accessed public services used wasta in the previous twelve months. This is equivalent to approximately 3.6 million people.

An alarming number of citizens are coerced to provide sexual favours in exchange for public services, such as health care and education, in a practice known as sexual extortion or sextortion. For the first time, the GCB results found that in Lebanon, Palestine and Jordan, one in five people experiences sexual extortion – or sextortion – when accessing a government service, or knows someone who has. When sex is the currency of the bribe, evidence indicates a gender bias that particularly affects women.

How does gender affect corruption?

A lack of political integrity

Equally troubling, the report shows a high prevalence of corruption around elections. Nearly one in three people was offered bribes in exchange for votes at a national, regional or local election in the past five years. In some countries, citizens are also threatened with retaliation if they don’t vote a certain way.

The lack of political integrity in the MENA region

What do people think about corruption generally?

The results show that 65 per cent of people think corruption is getting worse in their country and 66 per cent think their government is not doing enough to end corruption.

Forty-four per cent of people also think that most or all parliamentarians and government officials are corrupt.

How do people experience corruption?

The report also found that one in five people who accessed public services, such as health care and education, paid a bribe in the previous year. This is equivalent to approximately 11 million citizens in the six countries surveyed.

Across the region, police earn the highest bribery rate (22 per cent), while other services like utilities - including electricity and water - identity documents and courts are close behind (16 per cent each).

Governments have a long way to go in ensuring that people can safely report corruption without fear or intimidation. However, despite fears of retaliation, one in two citizens believes that ordinary people can help stop corruption.

Lebanese citizens report the highest perceptions and experiences of corruption across all six countries. Bribery, electoral corruption and inefficient reporting mechanisms are some of the main concerns.

Eighty-seven per cent of citizens in Lebanon think their government is not doing enough to tackle corruption, which is the highest in the region. The country also has the highest overall bribery rate (41 per cent) and wasta rate (54 per cent). Vote-buying is also highest in Lebanon (47 per cent).

Learn more about regional trends and country spotlights, as well as other countries in focus, including Tunisia and Palestine.

To win citizens’ trust, governments must show serious and genuine political will to fight corruption. Key measures include: