Looking back on some of the many achievements made in the fight against corruption over the last 12 months, we reflect on 10 events and findings that have shaped our vision for next year.

This year we marked our 20th anniversary, celebrating two action-packed decades in our mission to end corruption worldwide. As part of charting a path forward for the future, we invited activists and experts from around the world to our 20th anniversary conference. One call from this was clear: the corrupt must face real consequences for their crimes.

As part of our anniversary celebrations, we asked young people how they see corruption around them and what can be done to challenge it. The response to our youth photo and writing competition was huge, documenting how greed and dishonesty manifest themselves in society and how individual acts against these can help shift mindsets. The overall winners, Nigeria’s Ugoh Wilson Emenike (writing competition) and Bangladesh’s Sony Ramany (photo competition) joined us in Berlin for our 20th anniversary event.

Our 2013 Integrity Awards celebrated the individuals who have taken extraordinary steps to fight corruption in their home countries. Angola’s journalist and human rights activist Rafael Marques de Morais and Chinese journalist Luo Changping took the honours this year for exposing high-level illicit dealings and power abuse in their home countries. Watch the videos of Changping and Marques as they talk about corruption.

Corruption around the world

More than two-thirds of countries worldwide scored below 50 when it comes to perceived levels of public sector corruption, as our 2013 Corruption Perceptions Index of 177 nations revealed. The findings, across a scale of 0 (highly corrupt) to 100 (very clean), are a grim reminder that much of the world continues to be seriously affected by corruption. This year Denmark and New Zealand shared the highest score of 91; while Afghanistan, North Korea and Somalia dominated at the opposite end, each with a score of eight.

The world has spoken

Our Global Corruption Barometer, the world’s largest public opinion survey on corruption, showed that more than one in two people thinks corruption has worsened in the last two years and that one in four people reported paying a bribe in the last 12 months to access public services. Encouragingly, the survey also revealed that individuals are willing to take action against such abuse and believe they can make a difference in anti-corruption efforts.

From ghost schools and students, to sexual favours in exchange for marks, to corporate influence in university research, our Global Corruption Report: Education calls on governments, international organisations, businesses and civil society to ensure good governance is promoted in education policy all over the world. It showed that we need to create learning spaces that promote honesty, integrity and accountability so that future generations are equipped to resist corruption. 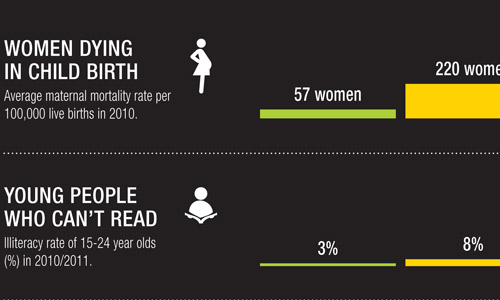 The link between poverty eradication and anti-corruption was put under a spotlight during a gathering of the UN General Assembly in September, when Transparency International called for anti-corruption commitments to form part of post 2015 development goals. According to one of our findings, more women die in childbirth in countries where over 60 per cent of the population reported paying a bribe in the past year.

Public information in the Middle East and North Africa 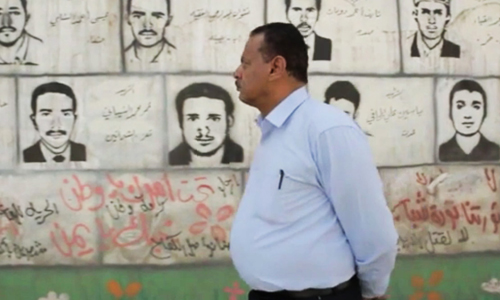 Citizens need robust access to information laws if they are to hold their governments to account. Our research and film documentary project “It belongs to you” discovered that governments in Egypt, Morocco, Palestine and Yemen are still conducting themselves with the level of secrecy that preceded the Arab Spring. Bloggers, social media activists and youth leaders from the region joined our event to discuss how online tools can empower the fight against corruption.

Every year on 9 December people across the world celebrate International Anti-Corruption Day: a time for communities to find creative and energetic ways to express their anti-corruption efforts. This year our partners across the world used dance, social media, debating contests, art competitions, walkathons and drama, among other activities, to mark the date. Read up on the events as they happened across the world here.

Looking ahead, saying no to impunity

Each time corrupt politicians, business executives and other people get away with it, the fight against corruption suffers a setback. The corrupt will continue to abuse their positions of power unless they know their acts will have real consequences. Together we can pressure governments to take action. We can demand legal sanctions. We can politically and socially sanction the corrupt. We can #stopthecorrupt.

Next year will also see the 16th International Anti-Corruption Conference in Tunisia under the theme “Ending Impunity: People. Integrity. Action”, where people from all sectors of society will come together to make sure the corrupt face real consequences.

Help us make 2014 the year when the corrupt go out of business!